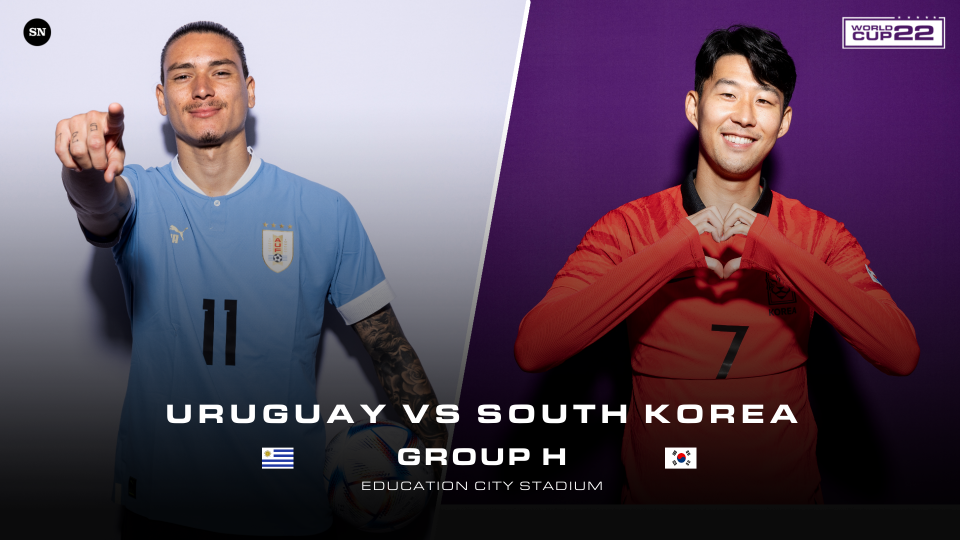 Both these sides will fancy their chances of starting strong and launching a knockout-stage bid at the Education City Stadium, as they seek to steal the limelight from Portugal, and Cristiano Ronaldo, who are bound to draw much of the group attention.

This match will represent the third time that these two teams will have met in FIFA World Cup action, with the South Americans aiming to make it a treble, having won both previous encounters (1-0 in 1990 and 2-1 in 2010).

Sporting News is tracking live scoring updates and highlights for Uruguay vs. South Korea at the 2022 World Cup. Follow below for complete results from the Group H match in Qatar.

4 hrs 30 from kickoff: Hello, and welcome to The Sporting News' live coverage of this Group H opener between Uruguay and South Korea. There will be a lot of focus, as there always is, on one particular man in this group — with Portugal and Cristiano Ronaldo to come for both these sides, along with African powerhouses Ghana. But don't be surprised if there are other headline-makers, and a few twists and turns along the way. Both these teams have plentiful talent of their own, who could grab the spotlight today in this opener. Let's get going!

Question marks remain around the fitness of Edinson Cavani and Barcelona defender Ronaldo Araujo, who will likely not take part in this game. Veterans Diego Godin and Luis Suarez are both expected to start.

Tottenham star Son Heung-min has been passed fit for the World Cup to lead the South Korea attack, despite fracturing a bone around his eye earlier this month. He's expected to feature prominently in Qatar but will be donning a face mask to protect his injury.

The match will start at 4 p.m. local time at the Education City Stadium. Here's how that translates into timezones around the world:

Bryn Palmer is a freelance content producer for The Sporting News