From classic rom-coms, to action-packed thrillers, these are the Indian films and shows coming out this August.

Who doesn’t love the classic pretend-to-date-and-then-fall in-love trope? In this Hollywood rom-com, Indian Americans Asha (Pallavi Sharda) and Ravi (Suraj Sharma) decide to fake date with pressure from their immigrant parents to get married during wedding season. But of course, they fall in love and must grapple with their unplanned feelings.

Prepare to swoon on 4 August. 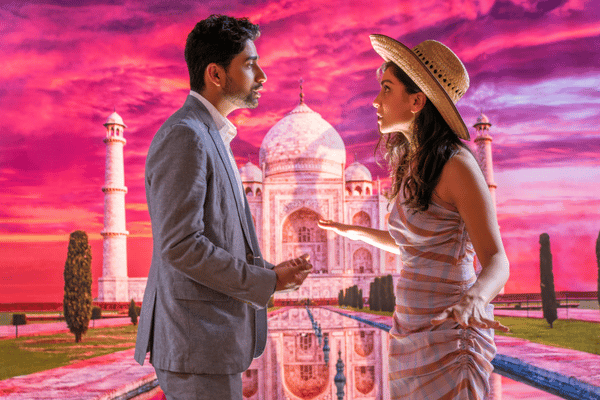 This black comedy penned by scriptwriter Parveez Sheikh (whose previous work includes Queen, Bajrangi Bhaijaan, and Bellbottom) stars Alia Bhatt and Shefali Shah in the lead roles. In this thriller, Badru (Alia Bhatt) is on a mission to seek revenge from her volatile alcoholic husband. Of course, things don’t always go according to plan…

This film releases on 5 August. 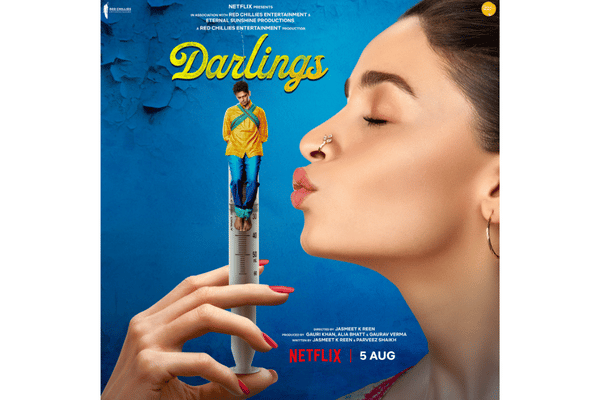 This upcoming fantasy drama series is based on Neil Gaiman’s 1990s comic book, published by DC Comics. It stars Tom Sturridge in the lead role of Morpehus/Dream alongside Gwendoline Christie (of Game of Thrones fame), Boyd Holbrook (Narcos) and Asim Chaudhry and Sanjeev Bhaskar, who play Biblical characters Cain and Abel.

This much-awaited adaptation releases on 5 August. 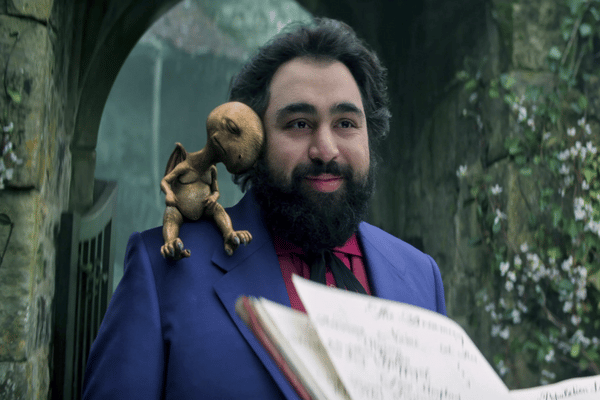 Hold onto your seats as ancient king Bimbisara travels through time from his kingdom into the modern world. What is his mission in our world? This Teluga fantasy action film stars Nandamuri Kalyan Ram as king Bimbisara, alongside Catherine Tresa (Princess Ira), and Samyuktha Menon (Vijayanthi).

The film hits the big screens on 5 August 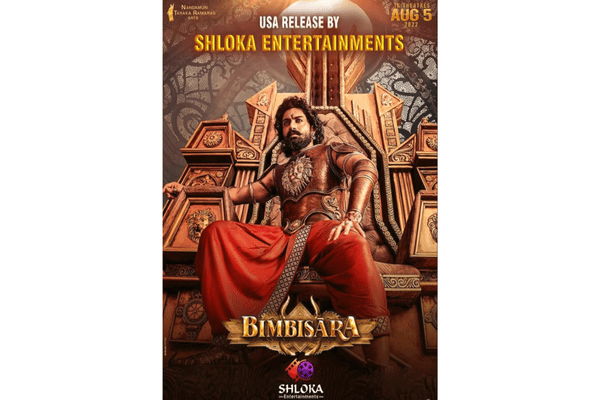 Here’s another offering that looks at coaching institutions in Kota. In this coming-of-age series, eight new students join rival institutions and try to achieve their academic goals while navigating their social and love lives. Anyone else getting Kota Factory vibes?

This drama series releases on 5 August. 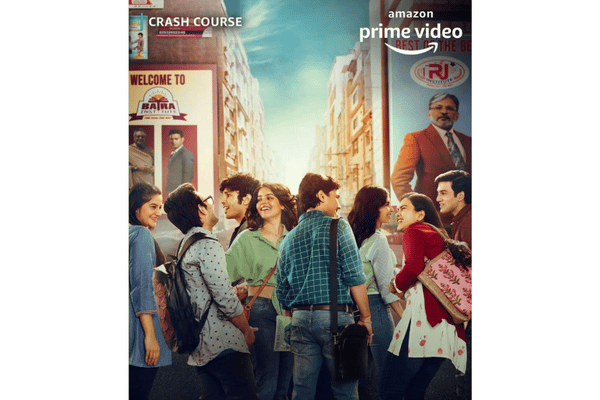 This is a story around a young girl and her questions against age-old superstitions surrounding menstruation. Why can’t a woman enter the kitchen on her period? Why can’t she enter a temple on her period? This feature film from director Santosh Upadhyay hopes to shed a light.

Mark your calendars for 5 August. 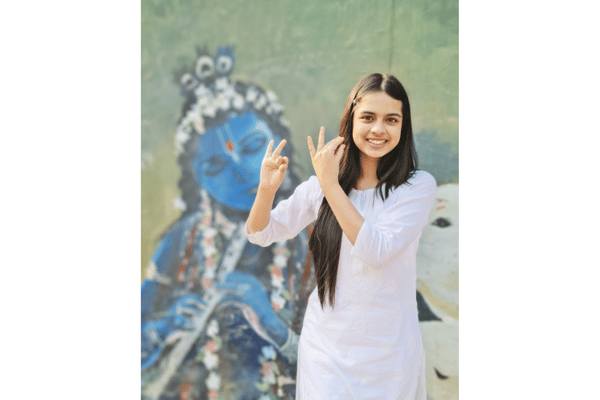 Match of Life (in theatres)

What kind of curious events do you face on a daily basis when you resemble a celebrity? This comedy film tackles that question through the humorous instance of an aspiring cricketer who happens to look like Virat Kohli, and all the antics that unfold.

Get the popcorn ready for when this film begins streaming on 5 August. 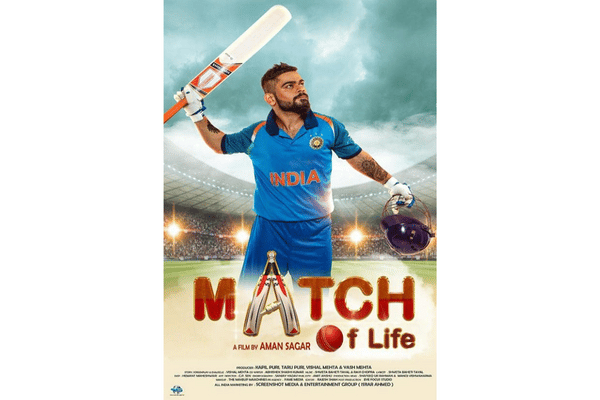 It’s the series we love to hate! Sima Taparia returns with a variety of new people looking for love, coming to her with their own desires and demands in a future partner. How many will be able to find The One?

This much-awaited series drops on 10 August. 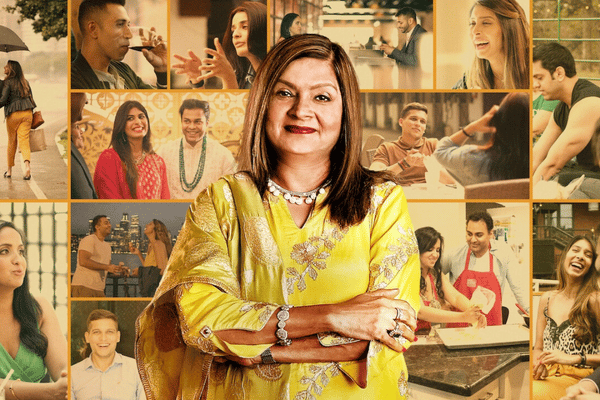 Yes, after two years of delay, this film is finally about to hit cinemas. A Hindi adaptation of Hollywood hit Forrest Gump, it stars Aamir Khan as protagonist Laal Singh Chaddha along with Kareena Kapoor, Mona Singh, and Naga Chaitanya.

Book your tickets for when this releases on 11 August. 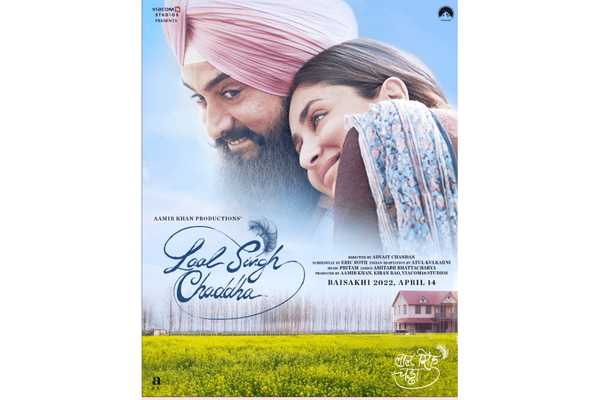 Directed by Aanand L Rai (who previously directly Tanu eds Manu and Raanjhanaa), this Akshay-Kumar starrer is about the power of brotherly love. He plays Lala Kedarnath, the oldest of four siblings and only son who endeavors to find his sisters suitable husbands before taking on his own love story.

The film hits cinemas on 11 August. 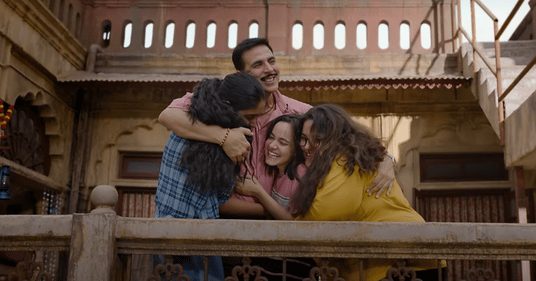 Never Have I Ever Season 3 (Netflix)

Mindy Kaling’s coming-of-age sitcom is retuning for its third season this month. Watch to find out how our favourite hopeless romantic Devi Vishwakumar (Played by Maitreyi Ramakrishnan) untangles the love triangle mess she made with Paxton and Ben, who couldn’t be more opposite to each other. Still grappling with her father’s death and her Indian American identity, you can’t miss seeing Devi’s journey.

Stream the series on 12 August. 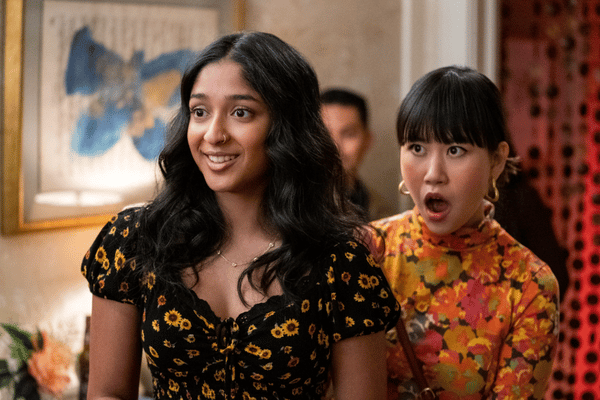 Being the third wheel is never the most thrilling experience. But imagine living with a newlywed couple! In this light-hearted Punjabi film, a pregnant Billo moves to her friend’s UK home with the surprise of newly-weds Navi and Sonika who make her the ultimate third wheel.

Watch it unfold on 11 August. 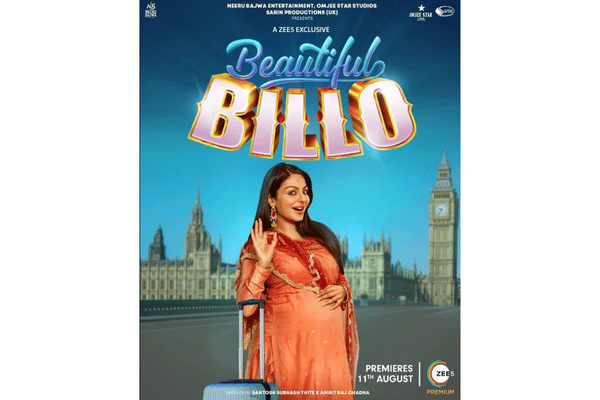 Eight years later, Chandoo Mondeti brings us the sequel to Karthikeya and it has everything to satisfy your thriller and adventure taste. Find out how Karthik fares on his journey to search for answers on the great powers behind the ancient belief systems and Tatva of Lord Sri Krishna. 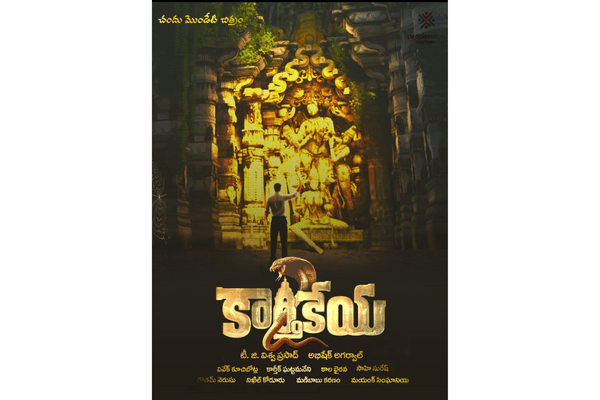 This political drama is back for round two. Along with Huma Qureshi in the lead, it stars Sohum Shah, Amit Sial (Inside Edge, Mirzapur) in a story around Rani Bharti, the fictional chief minister of Bihar who vows to stop violence in the state.

The series begins streaming on 26 August. 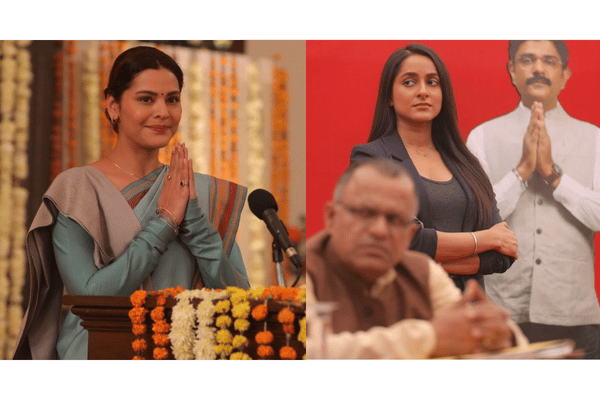 This International Emmy Award-nominated series returns for its second instalment with Shefali Shah as Detective Vartika Chaturvedi. While details of the plot remain closely guarded, it’s believed to follow another gruesome investigation.

Set your reminders for 26 August. 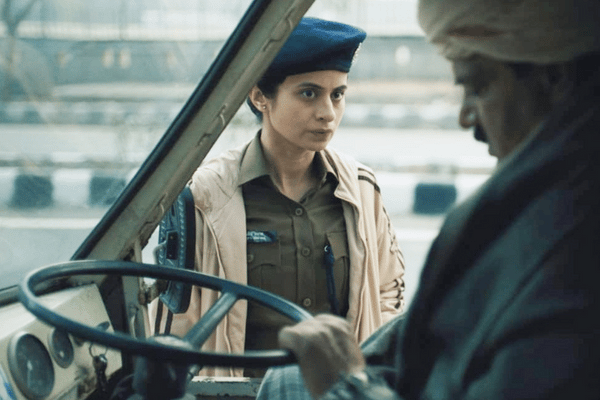 Leave it to Imtiaz Ali to give us another quirky production! In this one, Gajraj Rao (previously seen in productions like Badhaai Ho and Shubh Mangal Zyada Saavdhan) plays a traditional man in his 70s facing erectile dysfunction. Set in Ujjain and Thailand, the film promises to be a heartwarming tale of a man in the dusk of his life.

Keep the popcorn ready for 26 August. 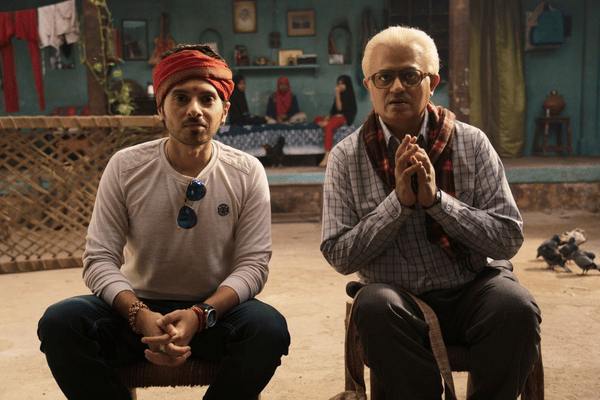 This is a satirical dark comedy about a man’s adventures trying to find his missing cow. Salim Ansari’s adventure takes place over one night, but he runs into what feels like a lifetime of events. 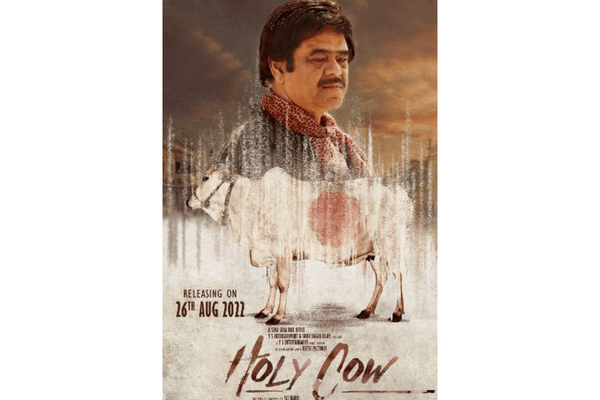 What’s one thing that can bring a family together? Drama. That’s right! This movie starts when the Batra family have four days before they move out of their family home of 34 years. There’s drama, there’s chaos (a lot of it), and of course, secrets. Award-winning actress Sharmila Tagore also makes her 10-year comeback in this film.

Stream the film from August. 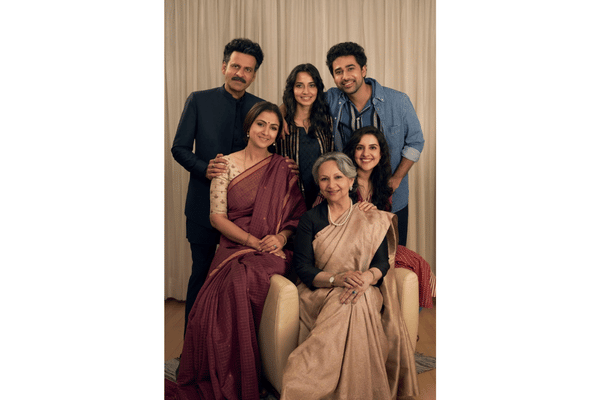 For an even closer and fabulous deep dive, the Bollywood wives are returning for a second season of this reality show. Follow along to see the luxurious lives of Seema Khan, Maheep Kapoor, Bhavan Pandey, and Neelam Kothari.

Get ready to laugh and gossip this August. 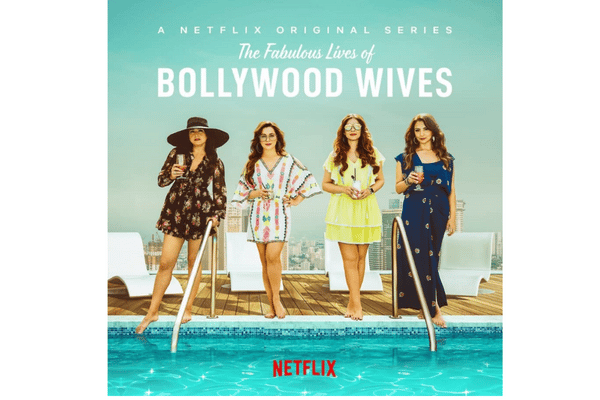