Chris Paul Says He Is Not Retiring After Disappointing Postseason Loss

Sports Illustrated
The Phoenix Suns lost to the Dallas Mavericks in the Western Conference Semifinals and while they have a lot to think about this postseason, the status of veteran point guard Chris Paul does not seem to be in doubt. 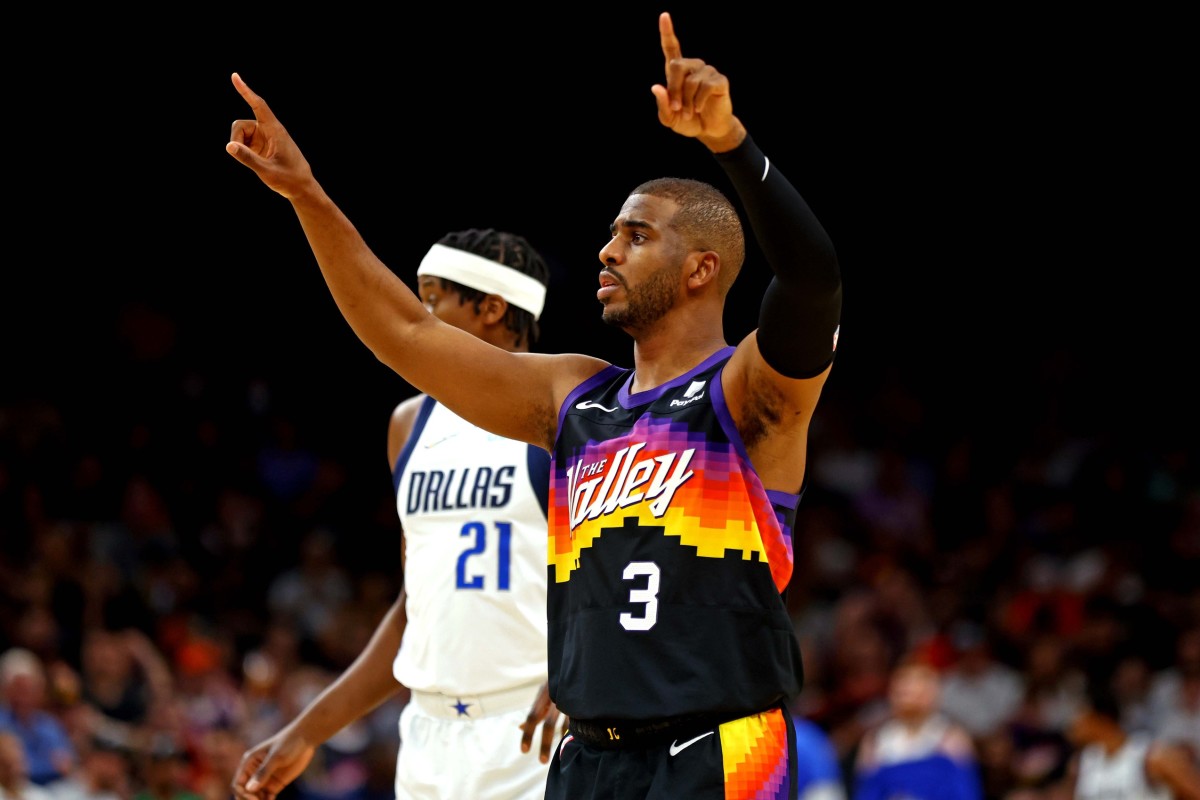 On Sunday night, the 64-win Phoenix Suns lost in Game 7 of the Western Conference Semifinals to the Dallas Mavericks, abruptly ending their season and ending all hope of possibly getting a second-chance at winning their first title.

Between physical and mental fatigue, the Suns just had nothing left to give in this series and that showed on Sunday when they lost by 33 points at home to Luka Doncic and the Mavericks.

After the game, veteran point guard Chris Paul addressed the media and not only spoke about this loss, but his future in this league given that he is now 37-years-old and is now through 17 seasons in his career.

“Just a tough game,” Paul said in regards to the Suns’ Game 7 loss to Dallas. “All season long, we tried to lean on our defense and tonight our defense wasn’t there, our offense wasn’t there either, so I think Coach said a lot of it you know what I mean. You play all season to be in this situation and it didn’t work out for us.”

In the first two games of this series, Chris Paul had scored a total of 47 points and dished out 11 total assists while only turning the ball over 4 total times, but the rest of the series was tough on him.

From his birthday, May 6, on in this series against the Mavericks, Paul averaged just 9.4 points, 5.8 assists and turned the ball over an average of 3.6 times per game.

Not getting any younger, Chris Paul has been through a lot in his career and is definitely nearing the end of the line. However, the future Hall-of-Fame point guard has already seemed to make up his mind in regards to possible retirement.

“They said that last year. They probably said it back in ’08,” Paul said in response to being asked if this was his best opportunity to win a title. “You know, you play long enough and you don’t win, every time you lose they’re gonna say it was your best chance, but I think for me, us, is we’ll be right back next year tell you that much. I’m not retiring tomorrow.”

Now through 17 years in the NBA, Chris Paul has averaged 14.7 points, 4.4 rebounds, 10.8 assists and has been an All-Star twelve different times in his career. Also leading the league in assists four different seasons and being named to the All-NBA list ten different times, possibly eleven different after this postseason concludes, Paul has done everything you can as a point guard in this league except win a title.

Winning a franchise record 64 games this season, the Phoenix Suns have been playing their best brand of basketball in recent years and the best part about their team is that they are all relatively young.

Devin Booker and Mikal Bridges are only 25-years-old and Deandre Ayton is only 23. While Chris Paul and Jae Crowder are in the back-halves of their respective careers, this team still has something to prove and it seems like their mindset, including Paul’s, is to get back to this spot next season and once again be in contention for a title.

Heading into the offseason, Paul will be preparing to enter his 18th season in the NBA and third with the Phoenix Suns.