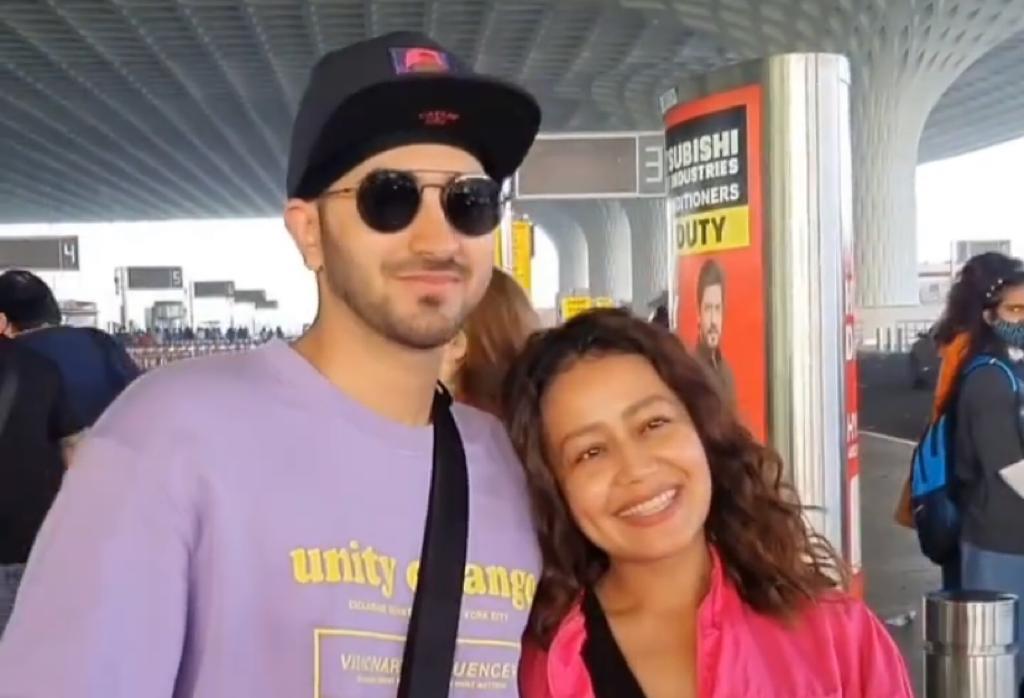 Couple Neha Kakkar and Rohanpreet Singh took social media by the storm after they posted a picture where the 32-year-old singer was seen flaunting her baby bump.

A couple of hours in their post, the couple was spotted at Mumbai airport, and guess what, there was no baby bump.

The couple happily posed for shutterbugs. This has left the internet divided.

While several believed that Neha is pregnant, others say it's a promotional stunt for a new song called 'Khyaal Rakhya Kar'.

She was wearing a pink tracksuit with a black T-shirt. However, it appeared that she was trying to hide her belly with her bag.

Neha sharing the picture, and wrote: "#KhyaalRakhyaKar," followed by a heart emoji.

Neha Kakkar and Rohanpreet Singh got married on October 24.