For The Win
Share on FacebookShare Share on TwitterTweet
After an injury to Derek Carr, quarterback Marcus Mariota made his debut for the Las Vegas Raiders. The game earned him some serious money. 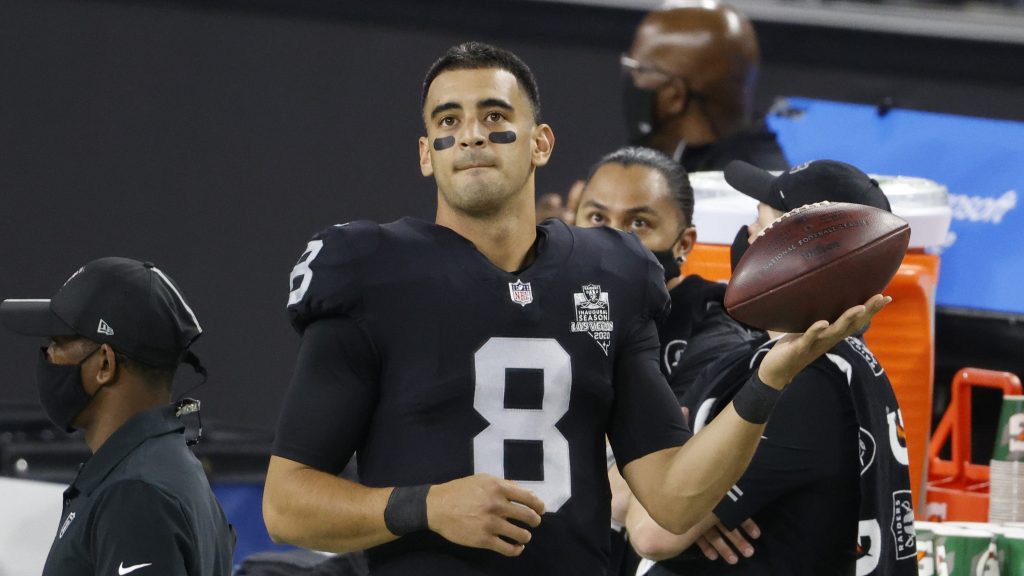 After an injury to Derek Carr during Thursday night’s game against the Chargers, Raiders backup quarterback Marcus Mariota made his debut for the  team and ended up making some serious extra money in the overtime loss.

This performance may earn Mariota more opportunities with Las Vegas. But more immediately, due to the nature of his unique contract, the night offered some instant fiscal gratification as well.

By simply appearing in at least 60% of the snaps for the Raiders on Thursday, per Field Yates, Mariota earned an additional $200K this year. That would have increased to $325K, an additional $125K, if they had won the overtime game.

Overall, recording as many snaps as he did also allowed Mariota to increase his base salary by $625K for next year. That means Mariota may have just become nearly $1 million richer for a total of $825K based on this game alone.

If you’re as confused about how all of this works, don’t be embarrassed. Mariota was one of the more complicated contracts drawn up during the offseason. First, let’s take a look at how we got here.

After winning the Heisman Trophy in 2014, the former Oregon Ducks star was selected at No. 2 overall in the 2015 NFL draft. He was expected to be the franchise cornerstone for the Tennessee Titans. Flash forward, however, and things did not exactly go according to plans.

Once expected to become one of the highest-paid players at the position in the league, Mariota lost his starting job with the Titans and instead settled for a two-year deal with the Las Vegas Raiders worth $17.6 million to be the backup for Derek Carr.

When comparing that to what Andy Dalton was paid (1-year, $3 million) to back up Dak Prescott on the Dallas Cowboys, this showed how much Las Vegas valued what Mariota could provide to their team. In the minds of the front office, he was clearly more than just a typical backup.

While the first year was guaranteed at $7.5 million, reports indicated that there was a “mountain” of incentives in events that Mariota took over as the primary signal-caller in Las Vegas.

For a better understanding of how fluid the deal was for Mariota, check out some of the crazy incentives he had for this season.

According to Mike Garafolo, that includes up to $2.4 million for games like tonight in which he played 60 percent of total snaps.

Mariota could have earned up to an additional $1.5 million based on other milestones based on per-game playing time and wins. There is also $2 million on the table for making appearances in the playoffs, which is still possible if Carr is out, and the Super Bowl.

There is an additional $10 million available in incentives for the 2021 campaign, per Garafolo. There is also a “salary escalator” that could then increase his base pay from $10 million up to $12 million. Overall, the contract Mariota signed during the offseason could have been worth up to $37.5 million.

Regardless, this was great progress in a long road back to action for Mariota, who had previously not recorded a touchdown since September 29, 2019. It was also a positive sign for what Mariota can potentially provide the Raiders, or another franchise, moving forward.