The Mandalorian season 3: Release date, cast and what to expect 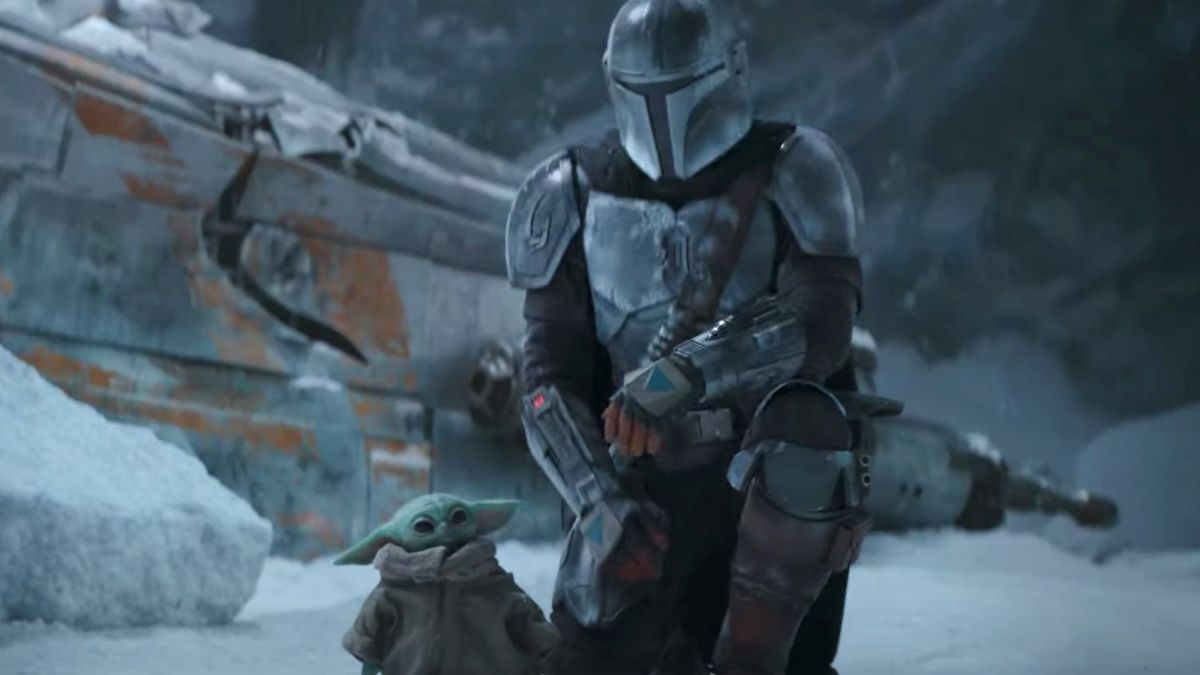 Season 2 closed out in spectacular and very surprising fashion fashion — with a jaw-dropping cameo and a new Mandalorian spinoff revealed in the end credits. The ending prompts a ton of questions about The Mandalorian season 3 and the future of its central characters, the titular bounty hunter and the Force-wielding Grogu (aka Baby Yoda).

Spoilers for the entirety of The Mandalorian ahead!

In "Chapter 16: The Rescue," Mando/Din Djarin successfully took back Grogu from the clutches of the evil Moff Gideon. He got some help from Bo-Katan Kryze and Kosta Reeves, but their team faced doom against the powerful Dark Troopers.

Until Luke Skywalker showed up!

Yes, Luke (played by Mark Hamill, de-aged by CGI) arrived in an X-wing, boarded the ship and destroyed the Dark Troopers with his light saber and the Force. Then, he presented himself to Grogu and Mando. The latter gently encouraged his adopted son to go with the Jedi. But before they parted, Din took off his helmet to say a tender goodbye (sob).

So, the bounty hunter dad and his fosterling are on different paths. Now what? Here's what we know so far about The Mandalorian season 3.

At Disney Investor Day, Lucasfilm president Kathleen Kennedy said that "the next chapter of The Mandalorian" would arrive at that date.

However, the season 2 finale end credits played a scene featuring Boba Fett and Fennec Shand taking over Jabba the Hutt's old syndicate headquarters. That was followed by a title card announcing the spinoff The Book of Boba Fett is coming December 2021.

Could The Book of Boba Fett be "the next chapter" mentioned by Kennedy? Or is it a separate show that is debuting alongside The Mandalorian season 3 in December?

Our guess is the latter. In November, Deadline reported that season 3 "has been in pre-production for months, with creator, director and executive producer Jon Favreau publicly stating that he hoped to start filming by end of 2020." The report also noted that, "a Boba Fett miniseries, would film first, starting next week or later this month, with The Mandalorian Season 3 production coming after that."

We can envision a four-episode Book of Boba Fett premiering in early December and wrapping up concurrently with the start of The Mandalorian season 3. So much bounty hunting goodness on Disney Plus!

The cast of The Mandalorian season 3 will almost certainly be led by Pedro Pascal as the titular character, Din Djarin. Pascal voices Mando and portrays him sans helmet, while a body double actor takes on the full suit.

With Grogu going off to train with Luke, it's unclear if the puppet will appear next season. But we are likely to see Gina Carano as Cara Duke and Carl Weathers as Greef Karga. Giancarlo Eposito's Moff Gideon was not killed in the season 2 finale and could continue to be a threat.

Since Mando is now in possession of the Dark Saber, he may get caught up in the war for Mandalore, which could mean the return of Katee Sackhoff as Bo-Katan Kryze and Mercedes Varnado as Kosta Reeves.

Other cast members who may pop up again include Amy Sedaris as Peli Motto, Bill Burr as Migs Mayfeld, Horatio Sanz as Mythrol and Emily Swallow as The Armorer.

There may be crossovers with The Mandalorian's spinoffs. For The Book of Boba Fett, that's Temuera Morrison as Boba Fett and Ming-Na Wen as Fennec Shand. For Star Wars: Ahsoka, that's Rosario Dawson as Ahsoka Tano.

If The Mandalorian checks in with Baby Yoda, there may be more cameos by Mark Hamill as Luke Skywalker. And let's not forget that a young Ben Solo (later Kylo Ren) is about four years old at this point.

The Mandalorian season 3 story: What to expect

The Mandalorian season 2 finale opened up a huge can of sandworms. The Mandalorian's first two seasons have revolved around Baby Yoda and now it's gone off to train with Luke, the show and the titular hero are facing an existential crisis.

Will Mando return to bounty hunting? Settle down on Navarro to police the planet with Cara and Greef? Or will he take full ownership of the Dark Saber and get involved in the fight to liberate Mandalore?

If it's the latter, Bo-Katan may not be entirely happy about that. She asked for his help, but more as her underling/foot soldier. Bo-Katan covets that Dark Saber — but does she want it so much that she'll duel Din Djarin for it?

Din has exhibited zero interest in intergalactic politics, so we're curious to see if (and how) he gets pulled into the greater Mandalorian saga.