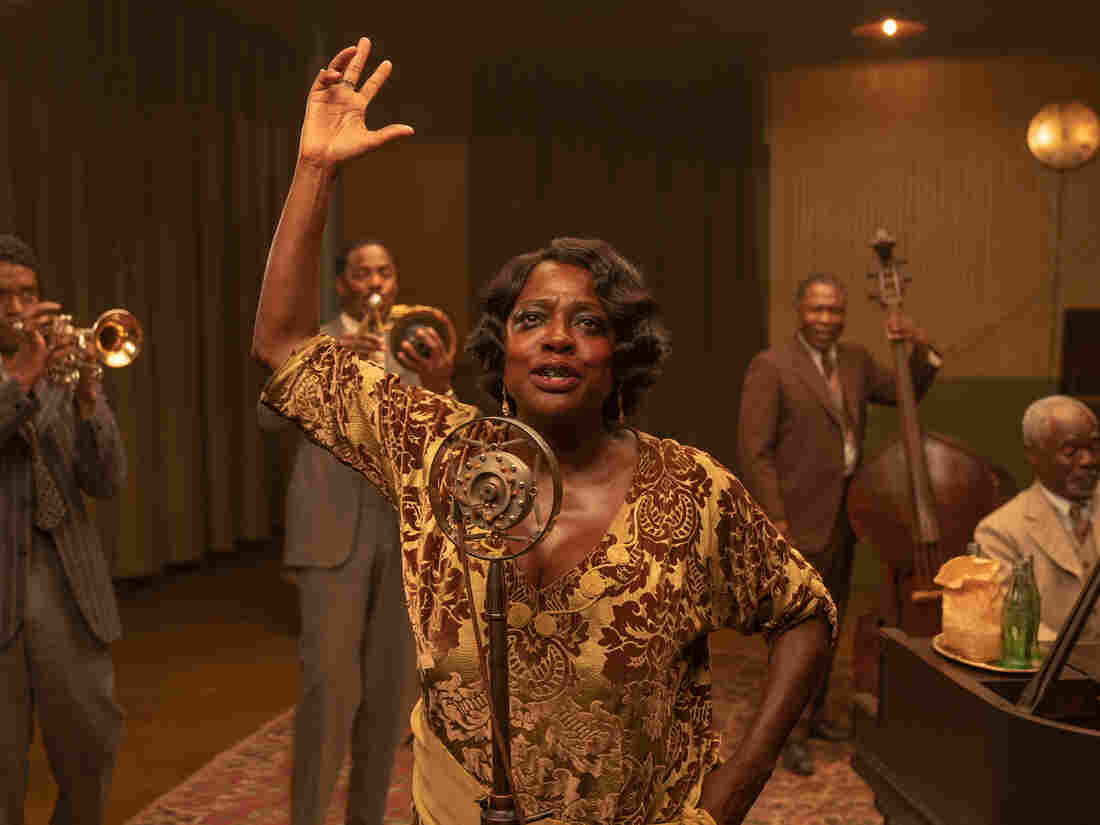 Ma Rainey (Viola Davis) wants her Coca-Cola, or she's not gonna sing. Never mind that this recording session during the sweltering Chicago summer of 1927 is already running behind because she and her mini-entourage arrived to the studio an hour late. No matter that tensions are already simmering among her four-piece band, and that her manager and music producer are at their wits' end trying to cut this blues record.

No Coca-Cola, no Ma Rainey's voice.

This is what some would deem Diva Behavior. Such demands would seem out-of-line, unreasonable, or – to use that loaded pistol of a word so often wielded to describe tough black women – difficult. But it's not really about the Coca-Cola, or being a diva. It's about reclaiming power. As Ma tells her trombonist Cutler (Colman Domingo), those white music producers want to make money off of her but are too cheap to buy her a soda.

"They don't care nothin' about me," she laments matter-of-factly. "All they want is my voice. Well I done learned that, and they gonna treat me the way I wanna be treated no matter how much it hurt them."

Ma Rainey's Black Bottom, George C. Wolfe's dynamic film adaptation of August Wilson's award-winning 1982 play, now streaming on Netflix, cares about much more than just Ma's big, brassy voice. A fictional account of a day in the life of the early 20th century blues singer Rainey, who was known for her bawdy lyricism and bold personality, this is a reclamation of Black music and culture as told through an array of distinct characters, crackling dialogue and sharp filmmaking.

As Ma, Davis is up to the task of portraying this tempestuous, flamboyant figure; the actress inhabits the singer's body fully, carrying the weight of a hard life lived in her proud gait, the creases of her makeup-smeared face and the weariness in her eyes. (Most of the musical scenes are sung by veteran soul singer Maxayn Lewis; Davis lends her own vocals to one song, "Those Dogs of Mine.") She's facing pressure from her white manager, Irvin (Jeremy Shamos), and white recording studio owner Sturdyvant (Jonny Coyne) to sign the contracts that will ultimately give them control over her music, and by stalling, she makes it as difficult as possible for them to get it. Her gruff demeanor is a defense mechanism, a way of resisting the forces of capitalism. She stands in defiance of white supremacy even as she knows she can only delay its effects on her life and career, not eradicate its inevitability.

Meanwhile, her band is mostly confined to a rehearsal room in this stuffy recording studio as they await her entrance, and they banter, wax philosophical, and butt heads over everything from how to play a song to how to deal with white people. Their conversations are a sonic pleasure, peppered with the rich flavor of period-specific Black American dialect (Ruben Santiago-Hudson translated Wilson's script for the screen) and punctuated with the natural high, low and everything-in-between notes of the actors' considered interpretations. The pianist Toledo (Glynn Turman) plays the part of elder statesman, imparting wisdom; bassist Slow Drag (Michael Potts) is a straight-shooter focused on getting the music just right; Cutler is the measured mediator, attempting to distill and quell the strains amongst his cohort.

And then of course there's Levee, the younger, restless trumpeter who is tired of playing those same old "jug band" songs and yearns to make "real music" with his own band someday. This is Boseman's final onscreen role following his shocking death earlier this year, and it is impossible to watch him revel in such a layered and exciting performance and not be struck by a profound sense of sadness over what more he could have done. After playing a string of dignified and stately roles – Jackie Robinson, Thurgood Marshall, King T'Challa – the hot-headed Levee is closer in spirit to his exuberant spin on James Brown in Get on Up and further proof of his ability to inhabit a multitude of characterizations and personas. 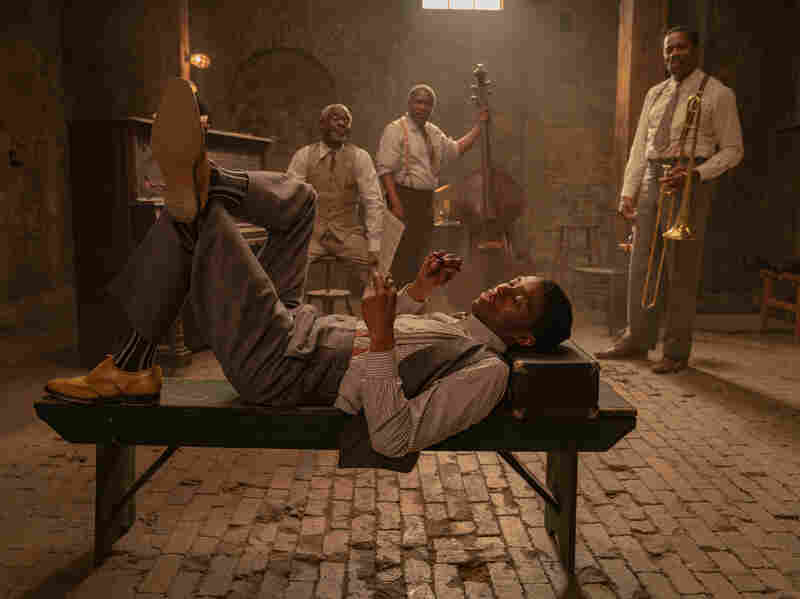 Here in Ma Rainey, Levee must be many things: provocative, overly confident, calculating, bitter, a foil to Ma. Boseman is those things, and above all, electrifying. During one particularly devastating scene that feels as though it were tailor-made for an Oscar reel or an actor's audition book – and I mean this in a positive way – he knows exactly how to pull back as the camera pulls in, his eyes welling with tears. Monologues in which a character recounts something that happened to them in the past are inherently difficult to pull off; they can trap the actor and the larger narrative in a period of stagnation, and without the right conduit a viewer will lose investment in the performance quickly.

Yet Boseman threads this needle beautifully and quietly. He understands his character's motivations and how they are crucial to the action of the rest of the story. He's at home in the body of Levee, through and through.

Bringing all of these performances together are Wolfe's direction, Andrew Mondshein's editing, and Tobias A. Schliessler's cinematography, which succeed at moving Wilson's play onto the screen. Even as most of the film takes place in a single building, the smallness of the rehearsal room and the tight close-ups within it evoke the necessary intimacy and dramatic force. And small visual details, such as shots displaying the intricate mechanics of sound recording, are effective in communicating the menacing nature of this seemingly neutral product, this machine that will "trap" Ma's voice for mass consumption with little profit to be seen from it for Ma herself.

The history of white exploitation of Black culture is by now well-documented, and Wilson's play is part of a canon of art and criticism that has laid these sins bare. In bringing Wilson's voice to a wider audience, Wolfe and his team have created an indelible composition and striking performances, which are owned by their Black creators and can't be taken away.