Silver Screen and Roll
Share on FacebookShare Share on TwitterTweet
The Lakers starters flipped the switch in the halftime, and Talen Horton-Tucker and the bench carried them home after Anthony Davis got them going. 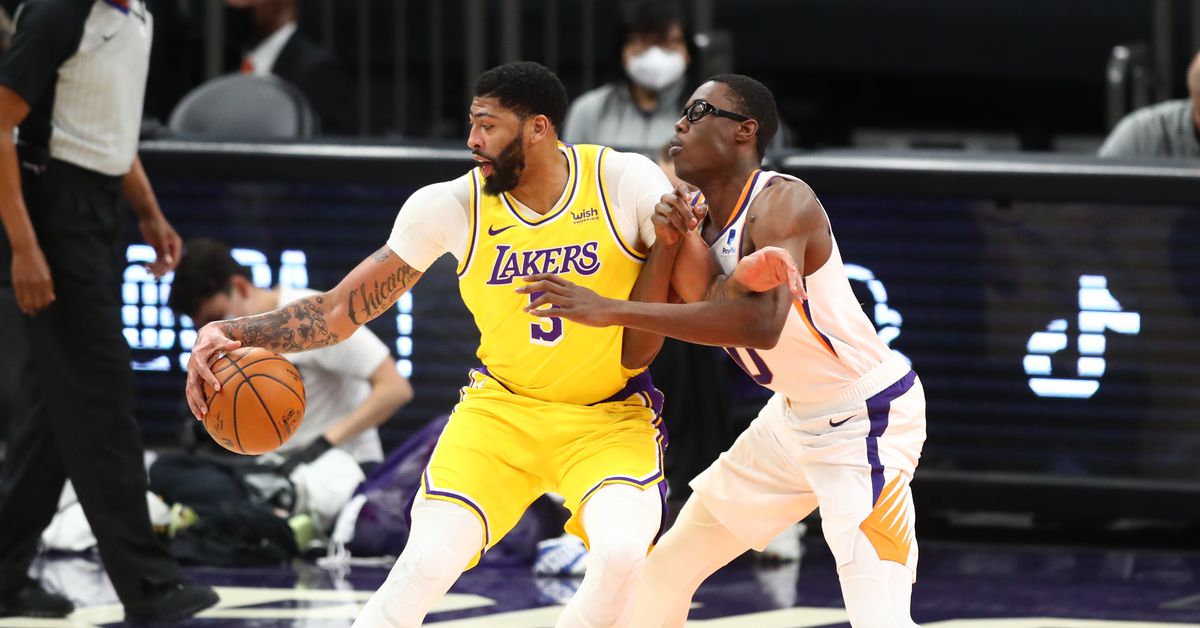 The Lakers have alternated between bursts of greatness and general sloppiness for much of this preseason, and that was the case once again in their Friday night matchup against the Suns. The sloppiness dominated the first half, but the starters came to play in the third quarter, resulting in a 114-113 win that capped a perfect 4-0 exhibition slate for Los Angeles.

Here are a few takeaways from their final preseason game.

The less said about the first half, the better

For the second straight outing against the Suns, the Lakers fell behind 20-7. Unlike Wednesday’s game, it took much longer for the Lakers to wake up. Phoenix ran all over them to start the game, hitting nine first-half threes and finishing at will in the paint, while facing little defensive resistance. The Lakers, meanwhile, couldn’t get out of their own way. There were numerous turnovers and miscues, and just a general lack of attention to detail.

There was bound to be a point in the preseason when the Lakers played as if the games didn’t matter, and this was it. Even without Chris Paul in the lineup, Phoenix built a lead that stretched to 21 points during the opening period, and the Suns were still up 13 heading into the break.

Davis had 35 points in 30 minutes, including 6-7 shooting from 3-point range. The third quarter was his tour de force. He scored 19 points, brought the ball up the court, and contested seemingly every Phoenix shot. Most of his damage on the offensive end came on jumpers; his step-back looked good and he even ran some pick and rolls. Fittingly, he capped off the period with a buzzer-beating three to pull the Lakers within one.

Davis understandably took off much of the offseason to rest after a physically-taxing playoff run. He only had 10 points in his preseason debut, but this was much closer to the Davis who figures to contend for DPOY and MVP in his second year with the Lakers. He essentially played point guard for the Lakers without LeBron James on the floor, and brought the team back into the game.

The Lakers put the ball in Horton-Tucker’s hands down the stretch, and the second-year player once again delivered. He ran some nifty pick-and-rolls with both Montrezl Harrell and Devontae Cacok, leading to 18 points of his own as well as several finishes for the big men. Horton-Tucker’s reach was also on display on the defensive end, with a steal and a block apiece.

The Lakers had minutes to give Horton-Tucker because of Dennis Schröder’s ankle injury, but it’s becoming harder and harder to find a reason not to play him. He simply delivers whenever he’s on the court. We’ll see if he gets them when the games start to count on Tuesday.

For more Lakers talk, subscribe to the Silver Screen and Roll podcast feed on iTunes, Spotify, Stitcher or Google Podcasts. You can follow Sabreena on Twitter at @sabreenajm.