CBC.ca
Share on FacebookShare Share on TwitterTweet
The province announced Friday that five health units will be moving to levels of its COVID-19 framework with higher restrictions, including Hamilton which will move from red to the grey "lockdown" zone. Brant County and the Niagara Region are also moving, 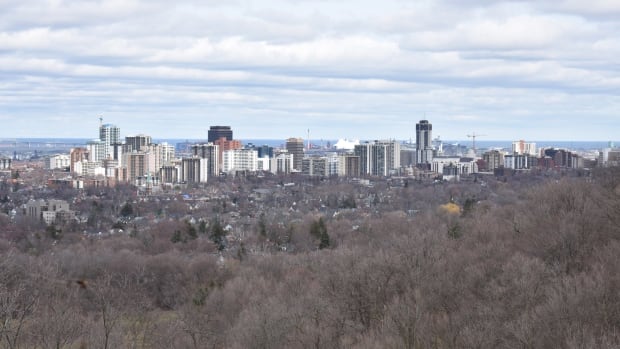 Hamilton is going into COVID-19 lockdown.

The province announced Friday that five health units will be moving to levels of its COVID-19 framework with higher restrictions. That list included Hamilton, which will move from red to the grey "lockdown" zone.

Brant County and the Niagara Region are also moving, from orange to red.

"This is a very serious situation," Mayor Fred Eisenberger said in a Friday afternoon media update.

"We're almost where we started in March and April," he said. But "with the increasing numbers, I think it is the right thing for the province to do."

Dr. Elizabeth Richardson, Hamilton's medical officer of health, had already implemented more stringent measures above and beyond red zone restrictions, including businesses having to screen customers before they enter retail stores.

"The decision to move the City of Hamilton into the grey – lockdown category wasn't an easy one, but a necessary one," Richardson said in a media release.

"As always, I want to thank the residents of Hamilton for their nimbleness and cooperation."

Under lockdown, it's illegal to gather indoors with anyone who isn't a member of your household.

Indoor social events are not allowed, except with people who live under the same roof, and outdoor gatherings are limited to 10 people.

All indoor and outdoor dining service is closed, but take-out, drive-thru and delivery are permitted.

Gyms and sports facilities are also closed, along with personal care services.

Stores that sell groceries and hardware remain open, as well as pharmacies. Malls are only open for pick-up or delivery.

More information can be found on the province's website. Hamilton and St. Catharines also issued notices saying how the new restrictions would impact city services.

Premier Doug Ford is also considering a lockdown across southern Ontario starting on Boxing Day, and is expected to announce more on Monday.

The rate of new cases of COVID-19 in Hamilton hit 116 per 100,000 Friday, nearly three times the threshold for the red zone.

Other key indicators, including the percentage of tests within the past week that came back positive, also far exceeded red-zone levels, rising to 3.9 per cent compared to the 2.5 mark laid out by the province.

The city has seen 4,653 cases (both confirmed and probable) since the pandemic began. Of those, 3,604 are resolved.

One more person who had the virus has died, bringing that total to 128.

Where that person lived, as well as their age and gender, was not released. Public health announced earlier this week that it would stop sharing that information, saying it took up too much staff time.

Statistics on the city's website show 319 people infected with COVID-19 have been hospitalized so far.

Twenty-five outbreaks are ongoing in Hamilton.

The largest is at Grace Villa Nursing Home, which has been linked to 196 cases — 127 residents and 69 staff members.

At least 19 people who lived there and had contracted the virus have died, making it the largest and deadliest outbreak the city has seen.

Other large outbreaks continue at Chartwell Willowgrove with 101 cases, Shalom Village Nursing Home with 87 cases and various units of Juravinski Hospital and Cancer Centre with 71 cases.

The most recent outbreak was declared at the restorative care unit of St. Peter's Hospital on Thursday.

Two patients and one staff member have tested positive, according to public health.

The latest numbers come as the province announced Hamilton Health Sciences and Halton Healthcare are among 17 hospitals that will receive doses of the Pfizer-BioNTech vaccine within the next two weeks.

Health officials say the vaccine will be given to health-care workers in high-risk settings such as long-term care homes or hospitals first, followed by other priority populations.

Hamilton police say a civilian employee working at the Central Station has tested positive for the virus.

The worker was last in the building on Dec. 14 and the service is working with public health to carry out contact tracing.

Hamilton Police have been made aware that a civilian member working at Central Station has tested positive for COVID-19. The member was last at work on December 14, 2020. HPS is working with Public Health on contact tracing. All close contacts have been notified. #HamOnt

Nine new cases of COVID-19 were recorded in Brant and Brantford Friday.

The county has seen 709 confirmed cases throughout the pandemic, including 106 that are active and 598 that are resolved.

Two people with the virus are currently hospitalized and five have died.

Fifty-eight more cases have been tallied in Halton, for a total of 4,837.

Eighteen of the new cases were in Burlington.

Ninety people in the region have died.

There are 18 active outbreaks across the area.

Fifty-five new cases of COVID-19 were reported in Niagara Friday.

Twenty outbreaks are ongoing, including at Millennium Trail Manor where a facility-wide outbreak has been declared.

Niagara health says there are 13 active cases in the home — nine residents and four staff members.

"The staff continue to work hard to ensure the safe care and well-being of our residents," said Derek McNally, chief nursing executive for Niagara Health.

"Outbreak safety measures are in place across the home and include twice daily screening of all residents and staff, enhanced cleaning, dedicated staffing and full personal protective equipment."

Haldimand and Norfolk have added three more cases of COVID-19 to their total of 762 positive cases.

Sixty-one of those cases are active, while 663 are recovered.