LaMelo Ball draws praise from Dwyane Wade on Twitter: 'LaMelo is a problem!'

Lonzo Wire
Share on FacebookShare Share on TwitterTweet
Dwyane Wade took to Twitter to give praise to LaMelo Ball following his 18-point performance against the Magic on Thursday night. 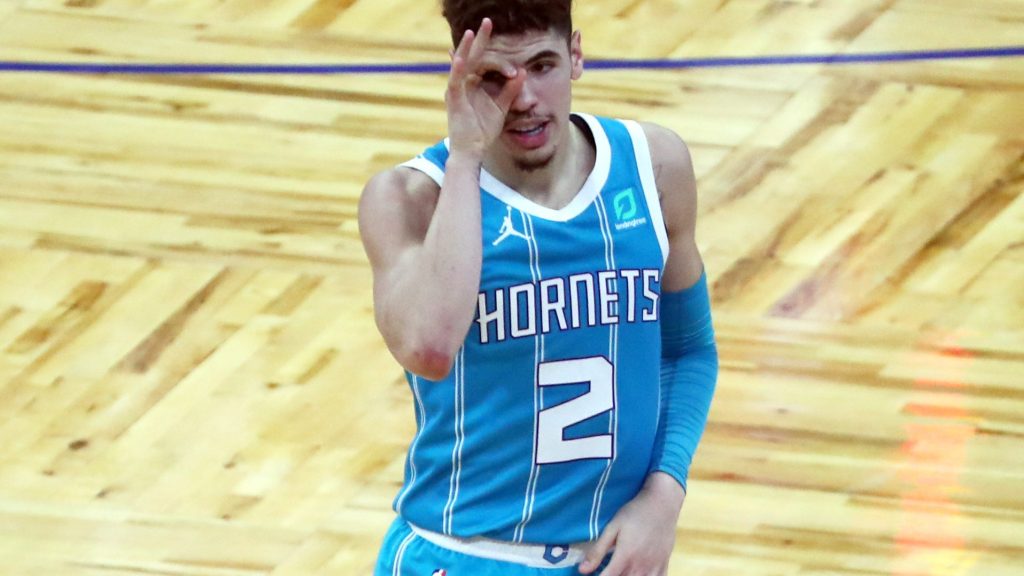 LaMelo Ball pieced together his best game of the preseason on Thursday night, scoring 18 points with four three-pointers as the Hornets earned a 123-115 win. He also continued to make some highlight-reel passes, throwing separate no-look and one-handed lobs to Miles Bridges in the second half.

Down the stretch in the fourth quarter, Ball helped ice the game with a late layup to give the Hornets a 121-113 lead with just under a minute left. The performance was spearheaded by Ball’s willingness to attack the rim after being encouraged to do so by head coach James Borrego.

After the game, Ball not only drew praise from Borrego but also one notable former player. Dwyane Wade took to Twitter to offer up some praise for Ball.

Not so Breaking news: LaMelo Ball is a problem!

Each game from Ball this season has been progressively better. While he certainly turned heads in his first game with his passing, each of the last two preseason games has seen Ball take steps forward as a scorer. As Ball grows more comfortable with his role and simply playing in the league, he appears to only be growing more and more confident and is contributing at a higher and higher level.