Sports Illustrated
Share on FacebookShare Share on TwitterTweet
Utah product one of L.A.'s most productive players this preseason 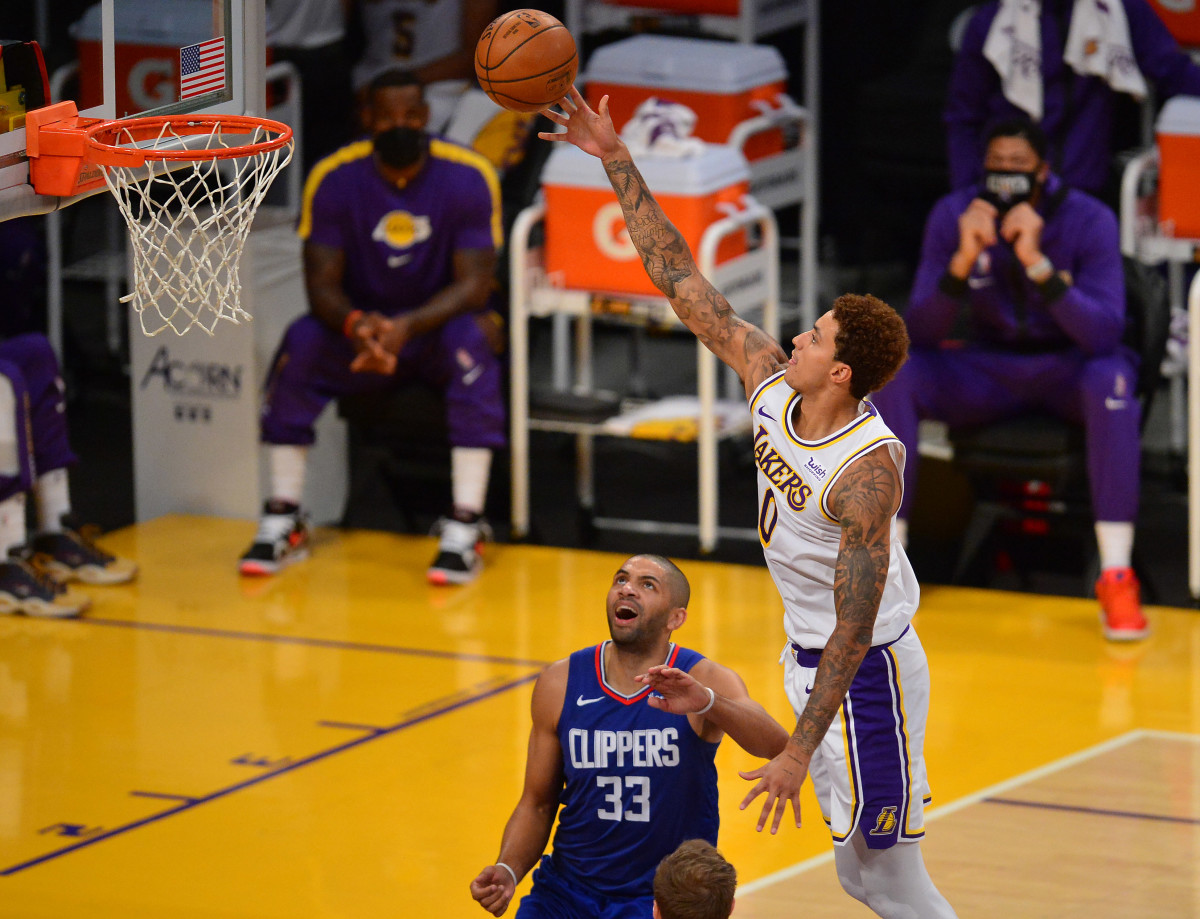 With LeBron James and Anthony Davis for the most part taking it easy during exhibition play, Kyle Kuzma has been one of the most productive players on the floor for the Los Angeles Lakers this preseason.

Kuzma’s averaged 22 points, four rebounds and four assists a contest in 36 minutes a game. And he’s draining an impressive 47.6 percent of his shots from beyond the arc after shooting just 32 percent from the 3-point line last season.

“The thing that sticks out is how hard he works,” Vogel said. “And when you see a guy work that hard, you’re not surprised when they have success on the court. He’s playing at a high level. He’s playing with confidence. He’s really not forcing any action. He’s getting his shots in the rhythm of the offense.

“You have to honor him. You have to know where he’s at and close out hard on him. And he’s got the ability to make plays passing off the bounce when you push up too much. So, I’m happy to see him continue to grow. He’s a big part of what we’re going to do this year.”

Kuzma said the elevation of his game is a result of grinding during the condensed offseason after the Lakers won the NBA title in the Orlando bubble.

“I just got up a lot of threes during the short offseason,” Kuzma said. “I’m just trying to figure out my role, and one thing I can add that Frank said in my exit meeting was being able to shoot off the move.

“For me, I’m just trying to make shots. Any time I’ve got an open look, I’m shooting confidently.”

Kuzma was relegated to mostly coming off the bench last season, averaging 12.8 points a contest in about 25 minutes a game. However, his defense has improved, which could earn him more minutes on the floor.

Kuzma is eligible for an extension on his rookie deal. Lakers general manager Rob Pelinka has said he’s been in contact talks with Kuzma’s representation about an extension, but no agreement is in place yet.

If no contract is reached between Kuzma and the Lakers, Kuzma becomes a restricted free agent after the end of the season.

So, there’s a lot on the line for Kuzma in terms of establishing his market value, and the only way for him to do that is to play meaningful minutes so he can produce.

“I just think in my career, my role has changed kind of every year,” Kuzma said. “For me, I’ve had to adapt my game and figure out ways to affect the game in different ways, much more than other guys on that trajectory. So, for me, it’s watching film and realizing what added parts we have and trying to just shape myself into it and become a winner. That’s how I really approach offseasons every season.”

Like Vogel, Anthony Davis expects the 25-year-old to have a bigger presence in L.A.’s lineup.

“He’s figuring it out,” Davis said. “I mean, when LeBron came two years ago, obviously LeBron got all the attention and Kuz tried to figure out how to work with that. And then me coming last year, he tried to figure out that. And I think he’s doing a great job of finding his role on this team.

“We want him to come in and be aggressive. He’s making the right plays, reading the defenses a lot better -- even from last year. There’s some plays in his game where he’s made a great pass. He’s going to continue to learn the game and figure out his role with our team. He developed his shot tremendously from last year to this year, just in the summertime grinding. He’s been playing well this preseason, and he’s only going to continue to get better. It’s going to be a big year for him. He’s going to play a bigger role for us this year.”