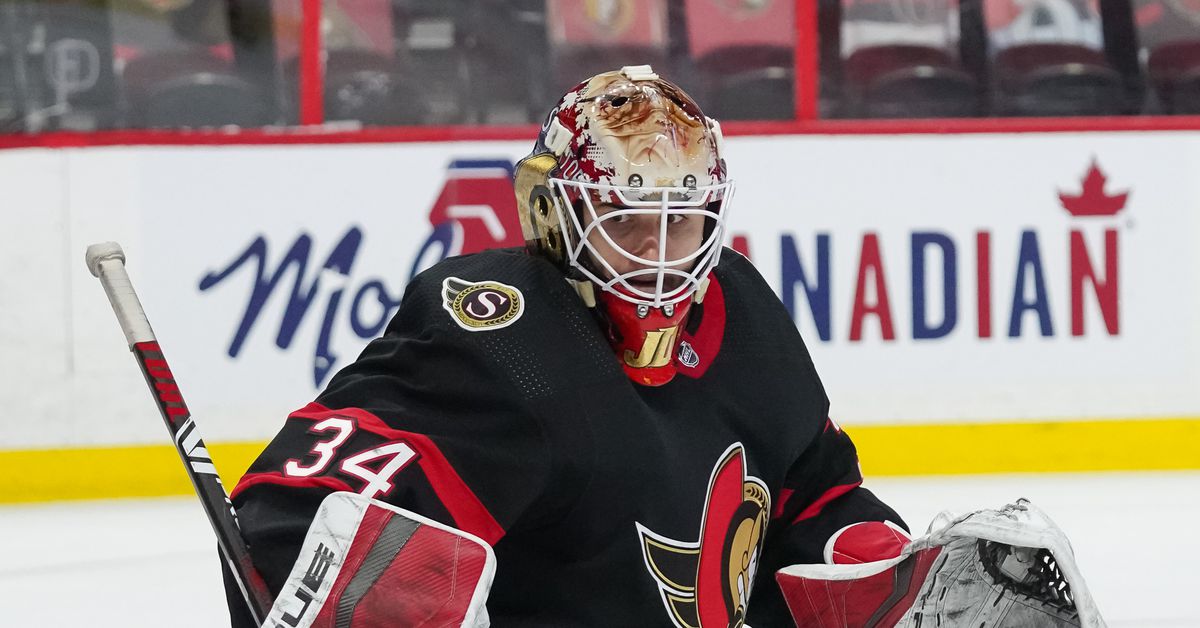 It seems we know at long last, the identity of the player the Ottawa Senators will be losing in the Seattle Expansion Draft. Daily Faceoff’s Frank Seravalli has reported today that goaltender Joey Daccord will become a member of the Seattle Kraken when the team officially announces their selections tonight at 8:00 pm EST.

The Boston, MA native was the Senators’ seventh-round selection in the 2015 NHL Entry Draft, and he spent the next four years developing into a quality prospect with the USHL’s Muskegon Lumberjacks, and Arizona State University, which became a Division-1 college program during his tenure.

Daccord appeared in eight games for the Senators, posting a .897 save percentage before suffering a season-ending lower-body injury on March 17th against the Vancouver Canucks.

He’ll join a tandem in Seattle also including former Senator Chris Driedger from the Florida Panthers, and Vitek Vanecek from the Washington Capitals. Daccord falls into place as the number-three goaltender, and his contract being waiver-exempt in the 2022 season makes this a smart pick for the Kraken.

Ottawa will miss you, Joey!

Joey Daccord gets his first NHL win against Toronto after Matt Murray got injured in warm-ups. His post-game interview was awesome. pic.twitter.com/Jw6urNTsfw