CNN
Share on FacebookShare Share on TwitterTweet
Jeremy Bulloch, the British actor who played the character Boba Fett in the original Star Wars trilogy, has died aged 75.
His agent confirmed in a statement to CNN that Bulloch passed away on Thursday, December 17.
"He died peacefully, in hospital, surrounded by his family, from health complications following his many years living with Parkinson's disease," the agent said.
"He had a long and happy career spanning more than 45 years. He was devoted to his wife, three sons, and ten grandchildren and they will miss him terribly. We ask that their privacy be respected at this very difficult time."
Bulloch played the role of Boba Fett, a Mandalorian bounty hunter, in the 1980 movie "Star Wars: Episode V - The Empire Strikes Back" and in the 1983 sequel "Star Wars: Episode VI - Return of the Jedi."
He later went on to attend many Star Wars conventions over the years, and was celebrated by fans all over the world. 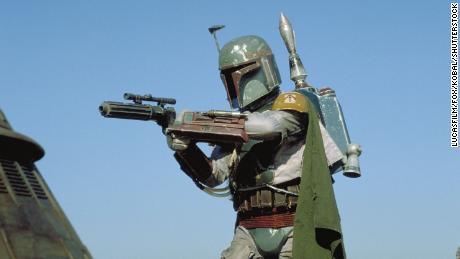 The role of Boba Fett was reprised in the 2002 movie "Star Wars: Episode II -- Attack of the Clones," with the character being played by the actor Daniel Logan, who wrote on Twitter: "I will never forget all you taught me and all the good times we had together. You will be forever remembered."
The Star Wars franchise also paid tribute to Bulloch. In a Tweet on Thursday it said his "unforgettable performance" had "captivated audiences."
"He will be remembered not only for his iconic portrayal of the legendary character, but also for his warmth and generous spirit which have become an enduring part of his rich legacy," the Tweet said.
American actor Mark Hamill, who played the character Luke Skywalker, said Bulloch was "the quintessential English gentleman" and was "so kind to everyone lucky enough to meet or work with him."
"I will deeply miss him & am so grateful to have known him," he wrote in the tweet on Thursday.
Bullock was born in 1945 in Leicestershire, in the East Midlands of England, and also appeared in the James Bond film "Octopussy" and in the BBC TV series "Dr Who" before securing the role of Boba Fett. 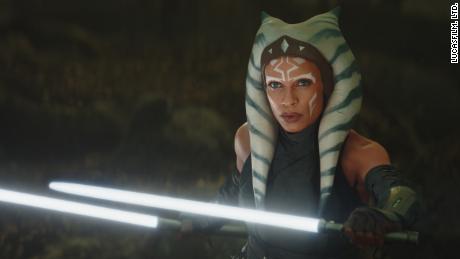 Last month, British actor David Prowse, who played Darth Vader in the original "Star Wars" trilogy, died aged 85 after a short illness. CNN reported in 2018 that Prowse was being treated for prostate cancer.
"It's with great regret and heart-wrenching sadness for us and million of fans around the world, to announce that our client Dave Prowse M.B.E has passed away," his management said in a statement shared to Twitter at the time.

CNN's Angela Dewan and Samantha Beech contributed to this report.