Variety
Share on FacebookShare Share on TwitterTweet
Jeremy Bulloch, the British actor who starred as bounty hunter Boba Fett in the original “Star Wars” trilogy, died on Thursday in London of complications from Parkinson’s disease, according to his … 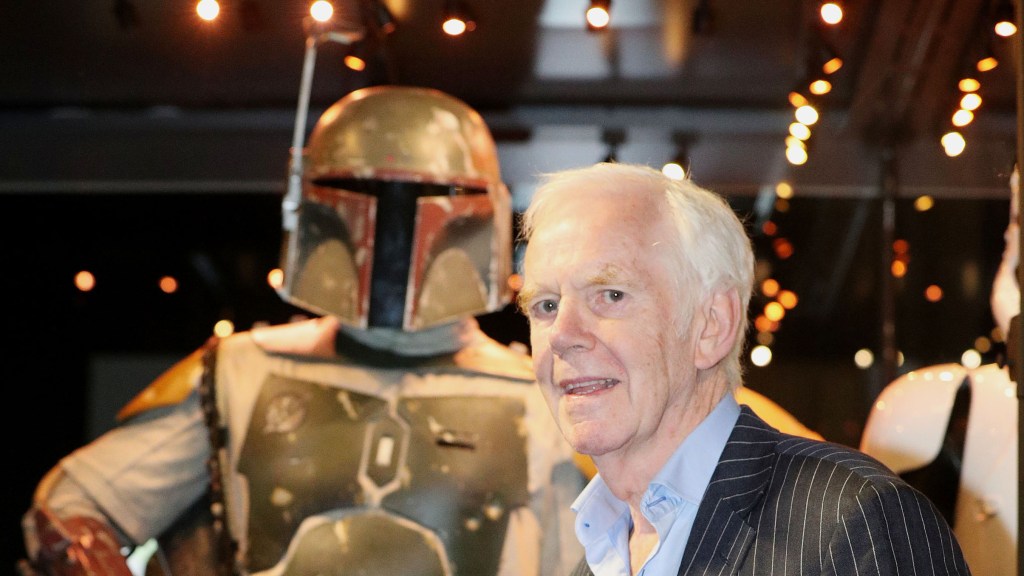 Jeremy Bulloch, the British actor who starred as bounty hunter Boba Fett in the original “Star Wars” trilogy, died on Thursday in London of complications from Parkinson’s disease, according to his representatives. He was 75.

“We are very sad to announce the death of actor Jeremy Bulloch, earlier today,” his agents at Brown, Simcocks & Andrews said on Thursday. “He died peacefully, in hospital, surrounded by his family, from health complications following his many years living with Parkinson’s disease. Jeremy was best known for the role of Boba Fett in the original Star Wars trilogy. He had a long and happy career spanning more than 45 years. He was devoted to his wife, three sons, and ten grandchildren and they will miss him terribly.”

According to Bulloch’s personal site, “He spent his final weeks in the wonderful care of staff at St. George’s Hospital in Tooting, close to the house where he and his wife Maureen had lived together for more than fifty years. Maureen and two of his sons, Jamie and Robbie, were with him during his final days.”

Bulloch played the mysterious Boba Fett in 1980’s “The Empire Strikes Back” and 1983’s “Return of the Jedi.”

Born in Leicestershire in the English Midlands in 1945, he began acting in 1958 with commercials. He starred at age 17 in “Summer Holiday,” alongside Cliff Richard.

Daniel Logan, who portrayed a young version of Boba Fett in the 2002 prequel “Star Wars Episode II: Attack of the Clones,” paid tribute to the star on Instagram.

The iconic character has been back in the limelight thanks to Season 2 of “The Mandalorian.” Temuera Morrison, a “Star Wars” veteran who originally played Jango Fett — Boba Fett’s father in the prequel films — portrays an older, rugged version of Boba Fett, who is seemingly back from the dead.

Bulloch took on the role of Boba Fett in 1978 while he was starring in the television comedy series “Agony.” He had previously starred in the BBC soap opera “The Newcomers.” Other credits included the James Bond movie “Octopussy” and the TV series “Doctor Who,” “Robin of Sherwood.” He also had a cameo in 2005’s “Star Wars: Episode III – Revenge of the Sith.”

Bulloch is survived his wife, three sons and 10 grandchildren.