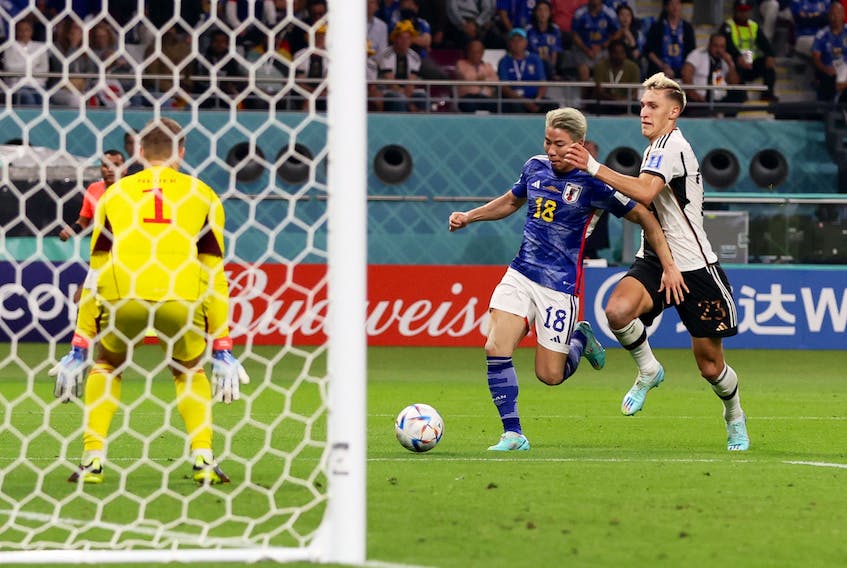 STORY CONTINUES BELOW THESE SALTWIRE VIDEOS

Some 9.2 million people tuned in to German broadcaster ARD's coverage to see the match, according to data from audience measurement firm AGF. In the 2018 World Cup, 25.96 million viewed Germany's first match against Mexico.

The match, in which Japan scored a stunning 2-1 upset over four-times champions Germany, took place at 2 p.m. local time in Germany, when many people were at work. In 2018, the opening match was broadcast at 5 p.m.

Despite the late 10 p.m. start for Japan, the match was viewed by 40.6% of households in Tokyo and the surrounding Kanto region on public broadcaster NHK at its peak near the closing moments, market research company Video Research Ltd said.

Millions more viewed the match on streaming platform Abema, where access reached a record of more than 10 million on Wednesday helped by the match, according to parent company CyberAgent Inc.. The tally is equivalent to around 8% of Japan's population of 125 million.

It has been our privilege to have the trust and support of our East Coast communities for the last 200 years. Our SaltWire team is always watching out for the place we call home. Our 100 journalists strive to inform and improve our East Coast communities by delivering impartial, high-impact, local journalism that provokes thought and action. Please consider joining us in this mission by becoming a member of the SaltWire Network and helping to make our communities better.