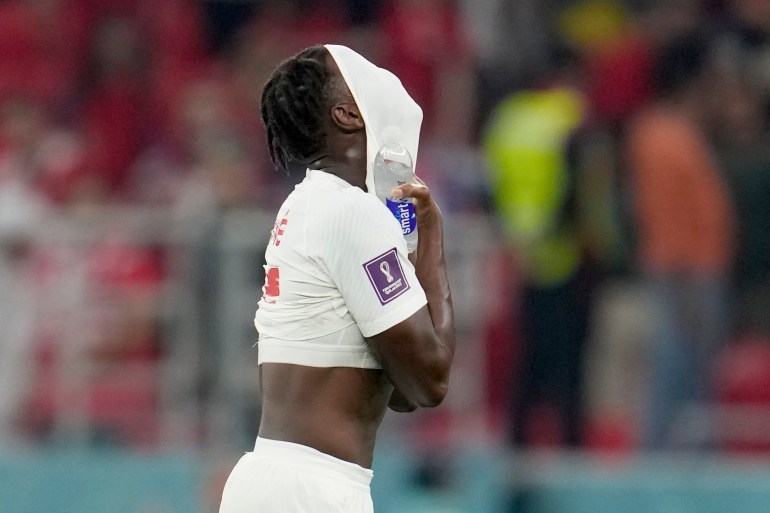 Canada’s Ismael Kone covers his face at the end of the World Cup match against Belgium at the Al Rayyan Stadium in Doha, Qatar, on November 23, 2022 [Natacha Pisarenko/Reuters] What to expect

Switzerland has featured at 11 World Cups and in recent decades the Swiss have emerged as tournament regulars with the Swiss side’s appearance in Qatar set to mark a fifth successive World Cup outing.

The Swiss have reached the quarter-finals twice before, though that was many decades ago. Can they ever get back to that old form? Maybe not, but they are likely to cause upset to others during their campaign.

Cameroon had a rocky route to World Cup qualification in what is their eighth appearance in the tournament, the most ever by an African team. 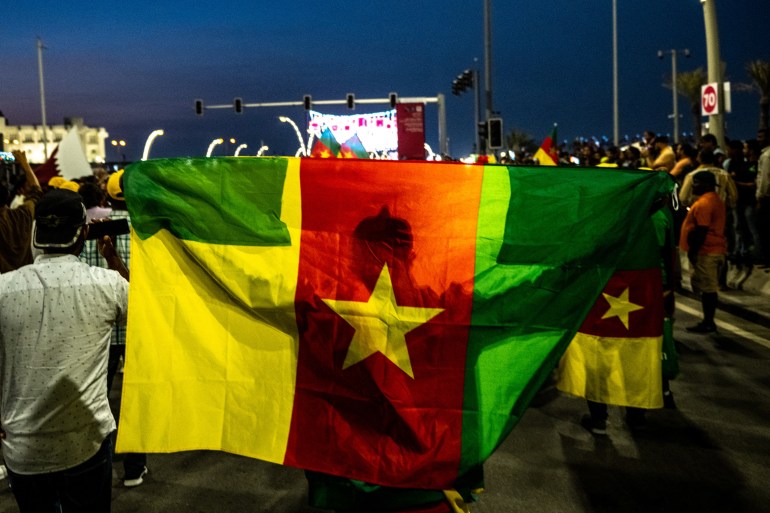 A supporter of Cameroon holds the national flag at the Corniche in Doha on November 18, 2022, ahead of the Qatar 2022 World Cup football tournament [File: Philip Fong/AFP]

It will be a Trojan task for Cameroon to get out of the grouping with Switzerland, Serbia and pre-tournament favourites Brazil.

But, they’ve campaigned well before: The Indomitable Lions made history in 1990 when they qualified for the World Cup quarter-finals, the first team from the African continent to do so – only Senegal (2002) and Ghana (2010) have done so since.

Cameroon had to beat defending champions Argentina 1-0 to get there.

Switzerland is led by Granit Xhaka and the team possesses experience and quality in key midfield and defensive positions. But it will be Xhaka, 30, who is critical to Swiss success in Qatar.

But his temperament will be under scrutiny, particularly when the Swiss face off against Serbia on December 2. 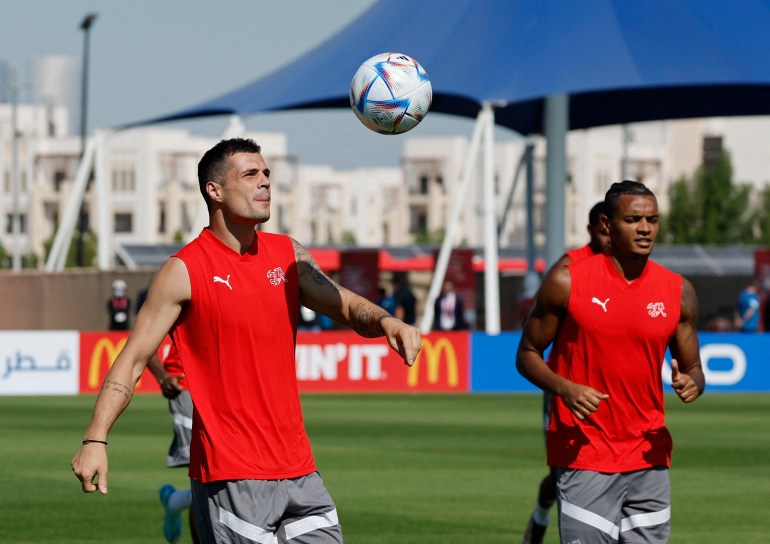 Xhaka, who is of Kosovo-Albanian heritage, is notoriously feisty on the pitch and was fined by FIFA for making an eagle hand gesture four years ago while celebrating scoring in a 2-1 win over the Serbs at the 2018 World Cup in Russia.

If Cameroon are to leave their mark on this World Cup that achievement will be led by goalkeeper Andre Onana and star midfielder ​​Andre-Frank Zambo Anguissa who both play in the Italian Serie A, as well as captain and veteran forward Vincent Aboubakar of Saudi Arabia’s Al Nassr FC. 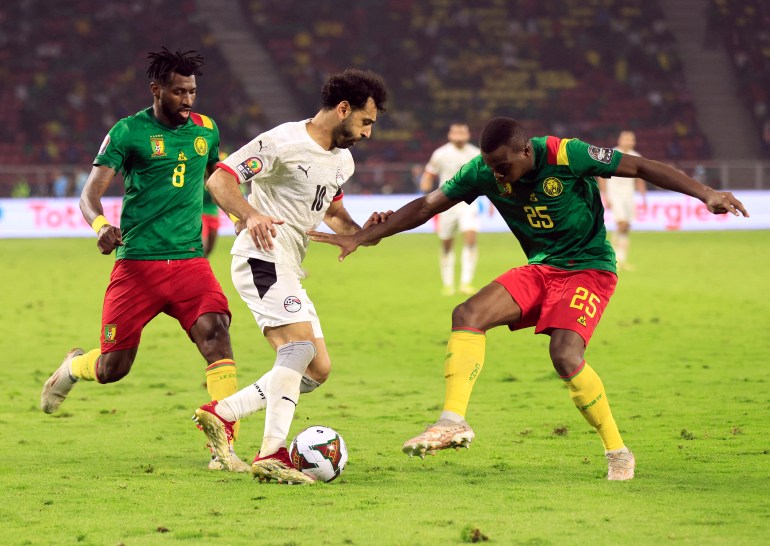 The road to Qatar was not an easy one for Uruguay – La Celeste – who were at risk of missing out entirely and not qualifying at one stage. But they have arrived, and with high hopes – and with good reason.

Uruguay are in their group alongside Portugal, Ghana and South Korea, which will be hard work but La Celeste have beaten each of these three teams in previous World Cups, including knocking Portugal out of the tournament in 2018 and beating South Korea in their round-of-16 encounter in 2010. 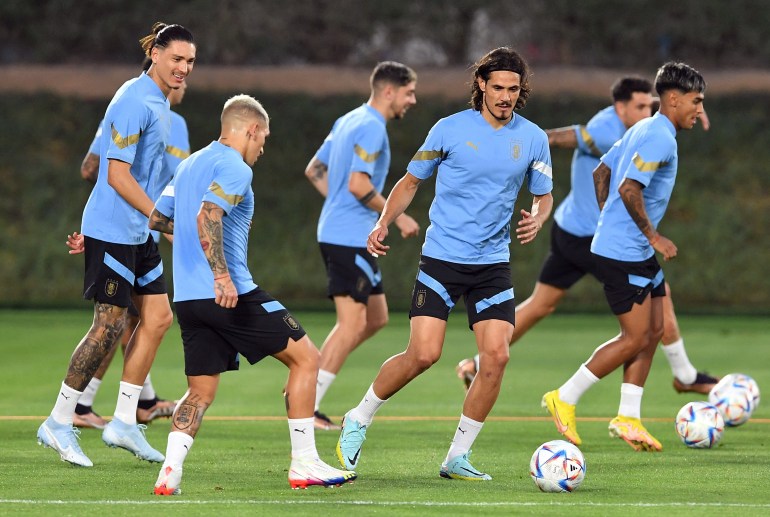 The Qatar World Cup 2022 will be South Korea’s 10th consecutive appearance at the tournament and 11th in total.

No team from Asia has played in as many World Cups as the Taeguk Warriors.

South Korea have only made it past the group stages once in four attempts since 2002 and have won just three of their past 13 World Cup matches. One match was in 2018 in Russia, where they famously defeated defending champions Germany 2-0 and knocked them out of the tournament.

Their only appearance in the round-of-16 in the past 10 years came in 2010 when they were defeated by Uruguay, their opponents in their opening game on Thursday.

Luis Suarez was the star performer for Uruguay in the qualifiers, and while the presence of Liverpool forward Darwin Nunez bolsters their attack, the Uruguay front line continues to be led by the two veteran forwards.

Suarez and Edinson Cavani, both aged 35, have also been the protagonists of Uruguay’s success in the past decade, and this World Cup could be their final act. Between them, they have scored nine of Uruguay’s last 13 World Cup goals. 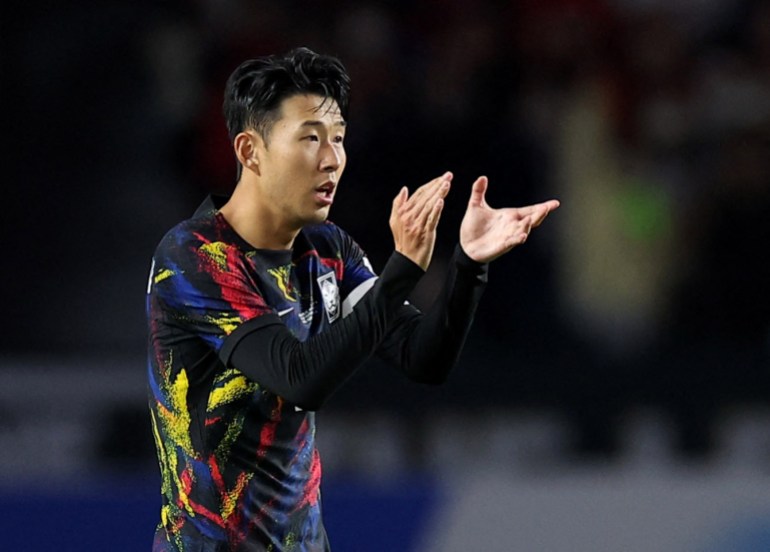 Though Son has struggled with his form with Tottenham this season, he enters this World Cup having scored four goals in his past six international appearances.

Portugal’s Cristiano Ronaldo is on a mission. This is his last chance to win Portugal its first World Cup.

Yet, the team have been abysmal in World Cups and Portugal has not made it to the quarter-finals since 2006.

So, again, Portugal’s fate at the World Cup is closely tied to one man: Ronaldo – though his World Cup form raises some questions. 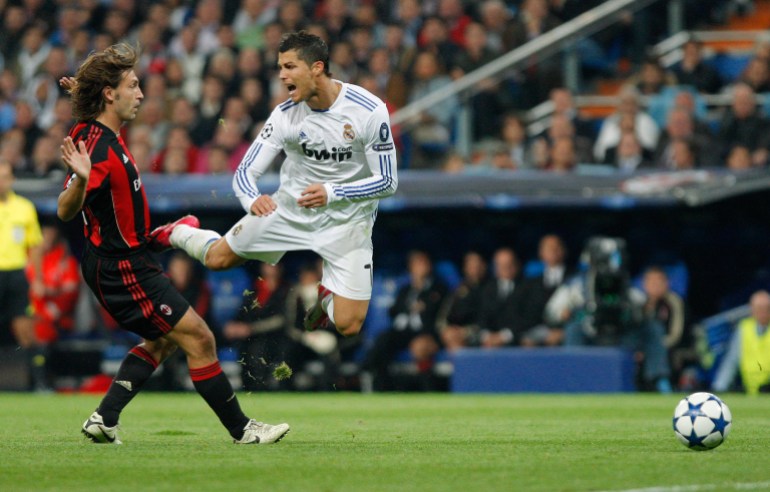 Doubts were cast over Ghana’s – the Black Stars – prospects in Qatar even before they arrived, as going into the World Cup, public sentiment on the streets of Accra and Kumasi was overwhelmingly negative.

How things have changed in just 12 years when back then Ghana become the third only-African side to reach the last-eight and only the second African team to advance to the knockout phases in back-to-back World Cups.

That momentum appears to have abandoned the squad and in their grouping, they will face some of the best attackers in the world of football: Portugal’s Cristiano Ronaldo, Uruguay’s Edinson Cavani and South Korea’s Son Heung-Min. 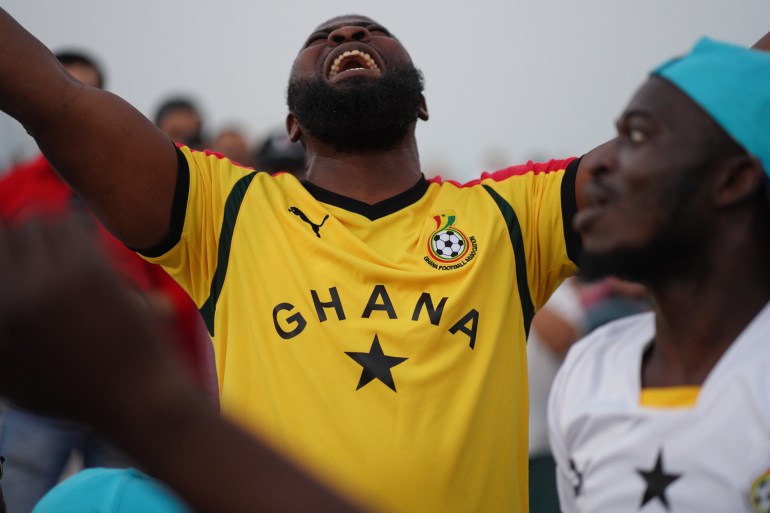 In the World Cup qualifiers, Brazil chalked up an unbeaten route to Qatar, scoring 45 goals and conceding just five.

But the toughest battles are yet to come and Brazil has left the last four World Cups early after defeats at the hands of Europe’s footballing powerhouses: France and Zinedine Zidane in 2006, the Netherlands and Arjen Robben in 2010, Toni Kroos and Germany in 2014, and Belgium and Kevin De Bruyne in 2018. 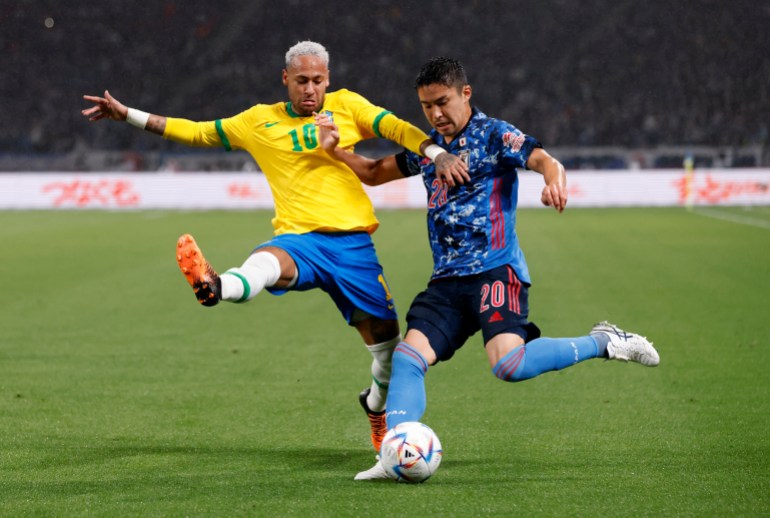 Nevertheless, Brazil are five-time world champions and will be bursting with confidence in Qatar 2022 because they are no longer solely dependent on star striker Neymar, who is just three goals short of Pelé’s goal-scoring record for Brazil.

A new generation of Brazilian players has taken the weight off Neymar’s shoulders. 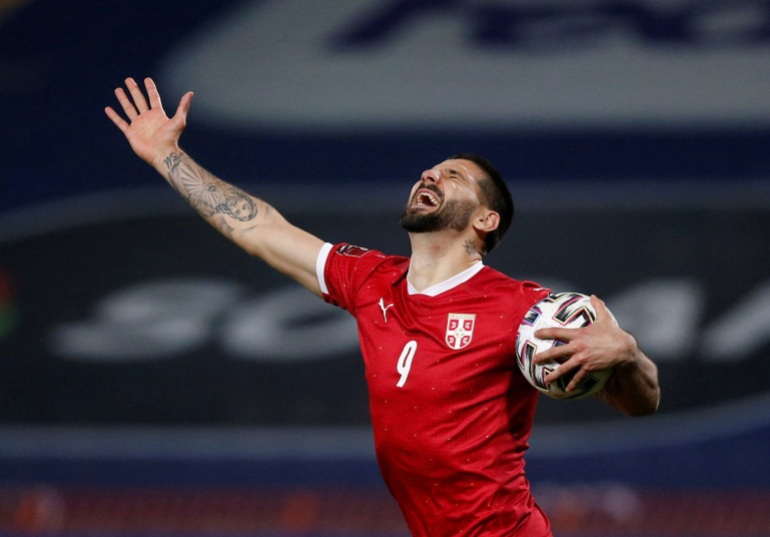 Serbia is making only its third appearance at the World Cup as an independent nation after debuting in South Africa in 2010.

Starting their campaign against Brazil – the World Cup’s perennial tournament favourites, Serbia will not be found wanting as they are a spirited and tight-knit side who are known for their strength in attacking.

They also qualified for the World Cup by beating Portugal away from home and topping their qualifying group.

Brazil has a new crop of footballing stars in Vinicius Junior, Richarlison de Andrade and Raphael Dias Belloli (Raphinha) – all ones to watch in this tournament.

Serbia’s Aleksandar Mitrovic, 28, is said to be in peak condition for this World Cup campaign. He was the top goal scorer in their World Cup qualifying group, ahead of Cristiano Ronaldo, with eight goals, and he also scored another six goals in the Nations League.

Mitrovic has a big role to play for Serbia in this campaign.

View the full 2022 World Cup schedule here and be sure to visit Al Jazeera’s AI match predictor to see how your team is projected to perform in Qatar.