Is Dolly Parton the Voice of America? 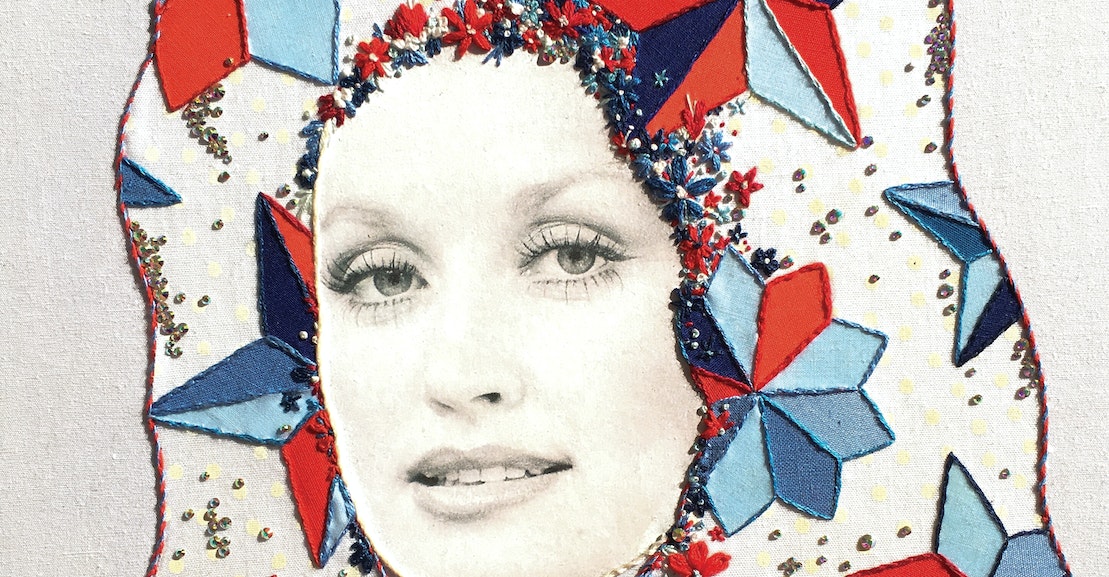 A cornerstone of Smarsh’s book is the tracing of Parton’s career alongside the victories and setbacks of the feminist movement. Parton gained professional independence amid the women’s liberation movement of the 1960s and ’70s, and she has built her career on deftly navigating the mixed messages America sends to working women about sex and power. Her 1968 song “Just Because I’m a Woman” sends up the sexual double standard; “Daddy Come and Get Me,” released in 1970, tells the story of a woman whose cheating husband has had her institutionalized. She doesn’t call herself a feminist—in fact she has publicly forsworn the label. But in Smarsh’s reading, Parton’s feminism is implicit, embodied in her actions.

One obvious piece of evidence in favor of this reading is Parton’s role in the 1980 film 9 to 5, in which three secretaries accidentally kidnap their harassing, chauvinist boss and play out revenge fantasies against him that skitter between the sinister and the slapstick. Jane Fonda cast herself and Lily Tomlin in two of the three lead roles; hearing Parton’s hit “Two Doors Down” on the radio inspired her to offer Parton the third. Parton agreed to sign on, provided that she could write the theme song for the movie, and she joined the cast for her first acting job, playing Doralee Rhodes, a character who rejects the boss’s unwanted advances, only to find out he’s told everyone he is sleeping with her anyway. For Smarsh, Parton’s acceptance of this role is revealing. Although she “never leveraged her celebrity at feminist marches,” she chose to play “a character who lassoes her abusive boss and shoves a pistol in his face.”

The movie’s theme song—both radical and broadly relatable—has also encouraged people to think of Parton as a politically engaged figure. “9 to 5” is the song that first made me love Dolly Parton, and made me curious about who she was, beyond the punch lines I remembered from my youth. I’m not alone in this—on its release in 1980, it became her first number one on the Billboard Hot 100 and Adult Contemporary charts: an official mark of her crossover. With its quick, witty lyrics, the song presents a rare combination of clear-eyed class critiques and a cocky optimism, at a tempo “so bouncy” that, as one reviewer put it, “its complaints become self-assertions.” Is there a more succinct description of the worker under American capitalism, playing a rigged game in which the wealth gap grows and grows, even as the culture insists on the story of meritocracy, than her lyric: “it’s a rich man’s game, no matter what they call it / and you spend your life putting money in his wallet”?

Yet “9 to 5” is an outlier in Parton’s oeuvre—it has a quality that is notably lacking from her self-presentation and musical storytelling: a sense of grievance. Before “9 to 5,” Parton had written plenty about tragedy and hardship, but the message was always one of forgiveness, transcendence. Much more representative is the B-side of the “9 to 5” single, “Sing for the Common Man,” which praises the workingman with a soaring melody that wouldn’t be out of place in a choir booth, and promises that “with the sweat of his brow,” he will survive. If “9 to 5” is more direct and confrontational in its style, it may be the influence of the other cast members’ strong activist sentiments. Parton wrote the song on set, drafting over a hundred verses, which she winnowed down with help from Fonda and Tomlin. It makes sense that this piece, composed to match a story line that’s light on redemption and heavy on revenge, and written with input from the firebrand Fonda, engages with an angrier mode of politics. Certainly it is part of Parton’s makeup, but it’s one streak in a much more complicated worldview.