Hot topics close
Home Canadiens vs Jets Canadiens @ Jets: Start time, Tale of the Tape, and how to watch

Canadiens @ Jets: Start time, Tale of the Tape, and how to watch

Habs Eyes on the Prize
Share on FacebookShare Share on TwitterTweet
Dominique Ducharme’s first game as head coach is the Canadiens’ first encounter with the Winnipeg Jets this season. 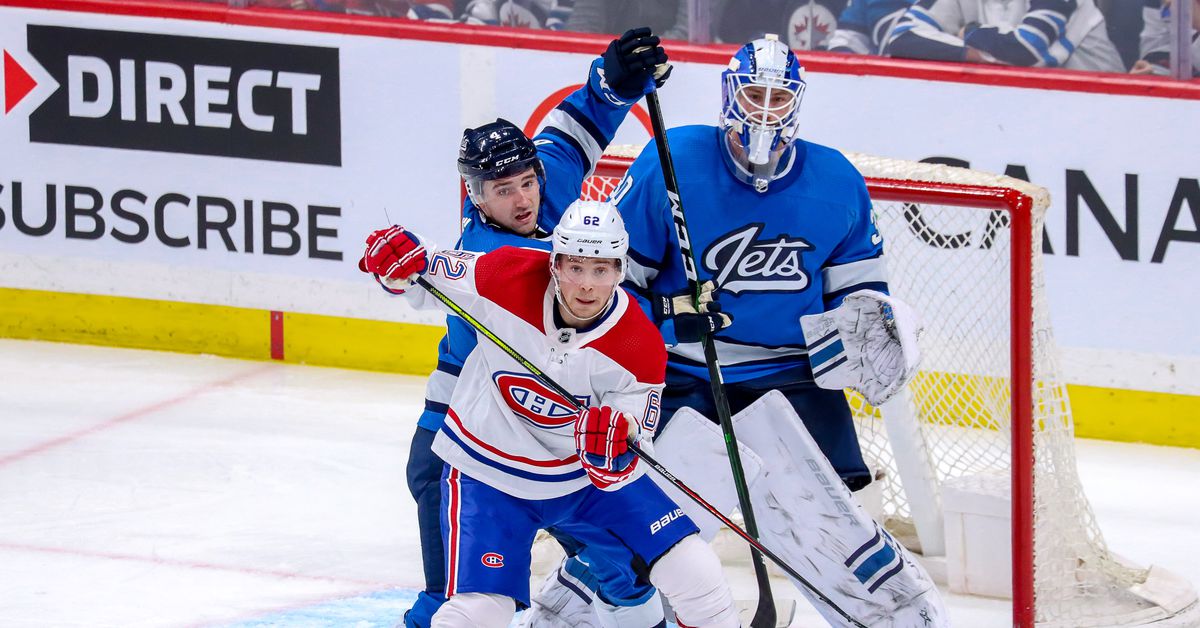 There was always a chance that it could happen. The mood around the team was bad, the on-ice play wasn’t improving, and the media voices — and not just the usual ones — were whispering a little bit louder. Still, when the Montreal Canadiens announced the removals of Claude Julien and Kirk Muller on Wednesday morning, the timing was still a bit of a shock.

Nonetheless, Marc Bergevin has made his decision, and we now enter the Dominique Ducharme era.

With that, it feels a little bit like opening day all over again. Ducharme is hardly a stranger around these parts, given that he started his third season behind the Canadiens bench this year. However, his precise roles and responsibilities as part of that coaching staff have always been difficult to pin down. It was clear that he was being apprenticed for the future, but there was some talk that his career path was heading toward management rather than coaching. As a result, there’s not a lot of evidence that lets us hypothesize what a Ducharme-coached team at the NHL level would look like.

Still, based on what we have — an established career at the major junior level with international experience — Ducharme is likely to favour offence over defence. The new Canadiens head coach is also known as a micromanager, someone who is more than willing to make minor adjustments both between and during games in order to get the most out of his roster. In this way, Ducharme represents a considerable departure from the “roll four lines” nature of Julien.

That said, Ducharme’s arrival may not be such a shock for his new charges. There are rumblings in the media that it was Ducharme, not Julien, that advocated for the offensively minded Canadiens team that we saw to start the season. If true, this would certainly fit with how the team seemingly abandoned a successful approach as they encountered difficulties, and it would also fit with Marc Bergevin’s comments about the team lacking an identity and direction.

It’s perhaps fitting then that the Canadiens are preparing to head out west to face an unknown opponent, just as they did to start the year. The Winnipeg Jets are the only North Division team that the Habs have not played so far this year. Based on last year’s performance both inside and outside of the bubble, many observers thought that they were a team past their peak. The Jets have answered these critics with a strong start to the season, marked by an ability to rebound; the most games that they’ve lost in a row is two, and they’ve only done that once.

That said, the Jets have their flaws. Their possession metrics are not good, and they are riding some hot shooting (11.3%) at the moment. Aside from not playing the Canadiens yet, they also have only played the Toronto Maple Leafs once (a loss). Their records against the three Western teams is good but not spectacular: a combined 7-4-1 with a +4 goal differential. Where they’ve really racked up notable numbers is in their five games against the Ottawa Senators (4-1-0, +10 GD), although it’s hardly the place for a Canadiens fan to talk about the Senators as a rollover team right now.

In terms of individuals, Mark Scheifele is by far and away the biggest threat, with a remarkable 26 points through 18 games so far. Scheifele comes in riding a 10-game point streak, and has only gone pointless in two games this season. Nikolaj Ehlers is also at a point-per-game pace, while Blake Wheeler, who has taken some flak this season, has quietly put up 17 points in 18 games despite some truly atrocious underlying numbers (29% goal-for percentage, 35% expected goals-for percentage at five-on-five). New arrival Pierre-Luc Dubois hasn’t fully stamped his authority on the team yet, but did score two goals, including the overtime-winner, in the Jets’ last outing on Sunday against the Vancouver Canucks.

Defensively, Josh Morrissey is by far and away the most important figure on Winnipeg’s blue line. He’s backed up primarily by Neal Pionk, acquired from the New York Rangers in the Jacob Trouba trade, and a surprisingly resurgent Derek Forbort. There’s a usage gap between these three and the bottom three, currently consisting of Dylan DeMelo, Tucker Poolman, and old pal Nathan Beaulieu. In goal, Connor Hellebuyck hasn’t hit the stratospheric heights of last year’s Vezina-winning performance yet, but he hasn’t been far off of it either.

To be frank, we don’t quite know how the Habs will be deployed to face this challenge, nor do we know how the team will change between the opening faceoff and the final horn. The Dominique Ducharme era begins with a stiff test, one that will question the mettle of a Canadiens organization that just declared their intention to go all-in on the season. Win or lose, how the on-ice team responds to Wednesday’s events will go a long way in determining how the rest of the year will go.