REVEALED: The only team for which De Jong would leave Barça 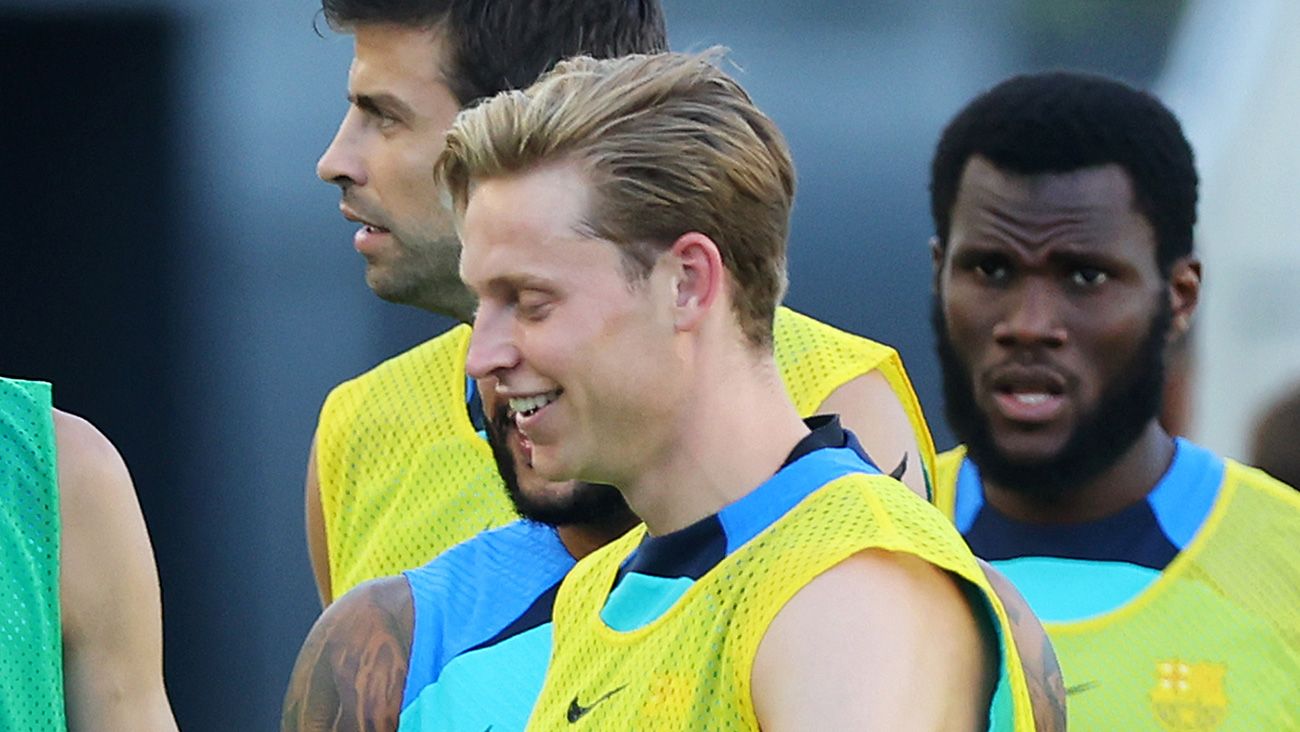 Until now, Frenkie de Jong has been against the possibility of leaving FC Barcelona this summer. Only one team would change his mind, but the option is extremely complicated

The future of Frenkie of Jong continues in the air. The FC Barcelona has left him clear in the last months that has two alternatives: abandon the Spotify Camp Nou this summer, or remain assuming a substantial discount of his wage, that to day of today is inasumible for the club because of the big increase that corresponds him in his income in concept of wage differed between 2020 and 2022.

The Dutch, up to now, has showed a very firm position and has showed against of the possibility to do his cases. It has refused the option of recalar in the Manchester United, that has promised him -between other things- that it will be the better player paid of the staff. It is the big obsession of Erik have Hag and the club arrived to an agreement with the Barça by 85 million euros between fixed and variables, but the 'OK' of the midfield player never arrived.

Chelsea also has interested , but Of Jong has not changed to seem, according to the last informations. Nevertheless, the journalist Tobi Altschäffl, of the newspaper 'BILD', has explained that yes there is a team that could do that the international with the 'Oranje' decide to abandon the Spotify Camp Nou: the Bayern of Munich of Julian Nagelsmann, although the Bavarians do not pose his traspaso this summer.

Of agreement to this source, to Frenkie would like him form part of the staff of the Bavarian group, that would be very by in front of the Manchester United in his list of preferences. It has left clear that is not interested in the project of the 'Network Devils', but yes would be it of a Bayern that in this season, in spite of the exit of Robert Lewandowski, goes back to be candidate for all the titles.

The Bayern does not think in Of Jong

The bad news for the midfield player of 25 years is that the current champion of the Bundesliga is not valuing his possible incorporation, especially by the economic factor. They finish to do a big outlay to achieve the signing of Matthijs of Ligt, pertinent of the Juventus by 67 million fixed euros (more variable, that would reach the €80m) and do not think to disburse the mount that it asks the Barça by Of Jong.

And it is that the intention of the blaugrana is ingresar between 80 and 85 'kilos' by the international with the 'oranje', a figure that is inalcanzable for a few teams. On the other hand, the Bayern is negotiating the signing of Konrad Laimer, midfield player of the RB Leipzig, although his signing is in a point complicated because the group of the 'Bulls' has put a lot of resistance to leave it go out this summer.