blogTO
Share on FacebookShare Share on TwitterTweet
An Amber Alert has been issued across much of Ontario after the alleged abduction of a 9-month-old girl in Ottawa's Chinatown neighbourhood. The ba... 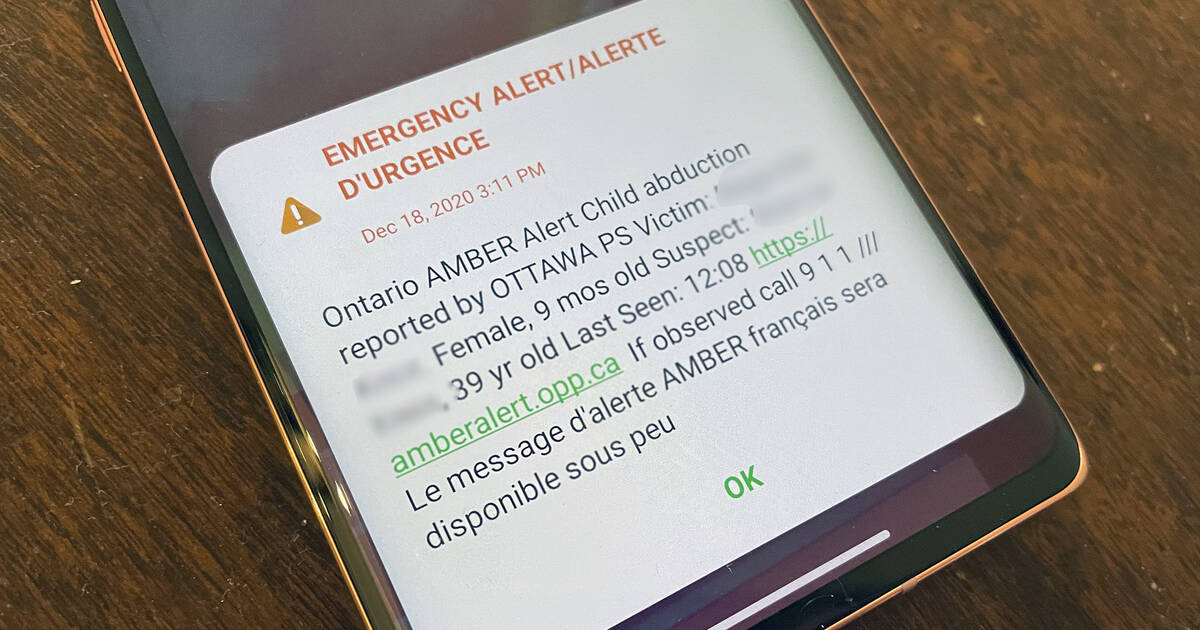 An Amber Alert has been issued across much of Ontario after the alleged abduction of a 9-month-old girl in Ottawa's Chinatown neighbourhood.

The baby, Magnolia "Maggie" Knox, was last seen around noon on Friday in Canada's capital city with her 39-year-old mother (and suspect in the case) Sherma Knox.

Police in Ottawa say the child was "taken by her mother" from the Lebreton Street North and Booth Street area. Sherma was on foot and carrying Maggie in her arms.

Missing 9-month-old Magnolia (Maggie) Knox who was taken by her mother Sherma Knox. They were last seen at 12:08 in the area of Lebreton St North and Booth Street on foot. Sherma was carrying Maggie in her arms. If you see them please call 911. https://t.co/QUPubWRMOa #ottnews pic.twitter.com/KojKIS6hHh

Sherma is described by police as a black woman, 5'7" and roughly 200 lbs. She was last seen wearing grey pants, a long black parka, black mesh shoes, a touque and a beige backpack.

"She has finger nails painted purple with sparkles," note police.

The baby is said to have been wearing a striped blue, red and pink shirt, navy colored leggings, pink onesie, floral dress and tan slip-on shoes at the time of her abduction.

"Anyone with information about the current whereabouts of Sherma or Maggie is asked to call 911 immediately," said Ottawa Police on Friday in a media release entitled "Missing 9 month old – Parental Abduction."

Ontario #AMBERAlert anyone who can, please keep an eye out. pic.twitter.com/Ikj9nFGzEe

With just one week to go before Christmas and many Ontarians preparing to see family and friends in the coming days, news of a missing child came as particularly jarring to many.

#AmberAlert @AMBERAlert let's find this little girl safe and sound. Please keep and eye out for her. Prayers for her safe return to her love ones. ❤ pic.twitter.com/43mjYFzZ2S

"If you are in this area or the surrounding areas please keep your eye out and bring this poor angel home," tweeted one Ontario resident.

"There is an #AMBERAlert for a little girl in Ottawa right now," wrote another. "Only 9 months old. Please take this stuff seriously, your comfort isn't worth the life of a baby."

And yet, in a dissapointing turn, people are still daring to complain about the alert on Twitter.

Dear #Ontario #AmberAlert. That damn noise gives me an anxiety attack. When it goes off while I’m walking it could cause me to fall. If I injure myself #COVID19 has the hospitals. You really want to be responsible for my death? #AbledsAreWeird #Misophonia

"Of course, getting an alert for some area 8+ hours away from where i am," bemoaned someone in the province.

its the weekend baby. youknow what that means. its time to drink precisely one beer and call 911 because an amber alert interrupted my elite prospects scouting sesh pic.twitter.com/lhMZ3kL1zH