Chelsea and Arsenal shared a dramatic 2-2 Premier League draw on Tuesday at Stamford Bridge, with the Gunners scoring a late equaliser after being reduced to 10 men.

Elsewhere, there was a vital 3-1 victory for struggling Bournemouth over Brighton & Hove Albion.

Aston Villa fought back from a goal down against Watford to complete a 2-1 victory, while Southampton kept a clean sheet in a 2-0 win at Crystal Palace. 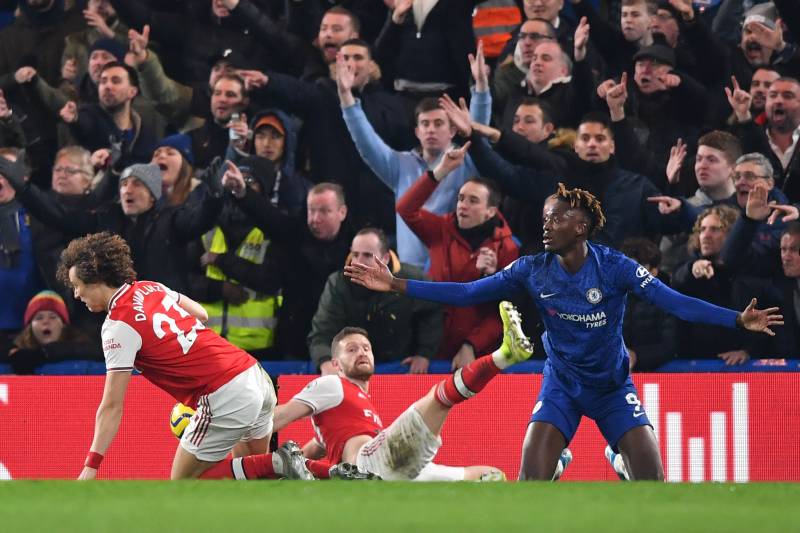 Chelsea believed they had Arsenal beaten after a late goal, but the Gunners grabbed an equaliser at the death.

The Blues took the lead from a Jorginho penalty after 26 minutes, as David Luiz fouled Tammy Abraham, leading to a red card for the Gunners' centre-back.

Shkodran Mustafi's poor back pass allowed the England striker in, and Luiz had little choice but to foul his opponent before he potentially scored.

Gabriel Martinelli's reputation continues to grow, and it was the Arsenal forward who equalised after 63 minutes. 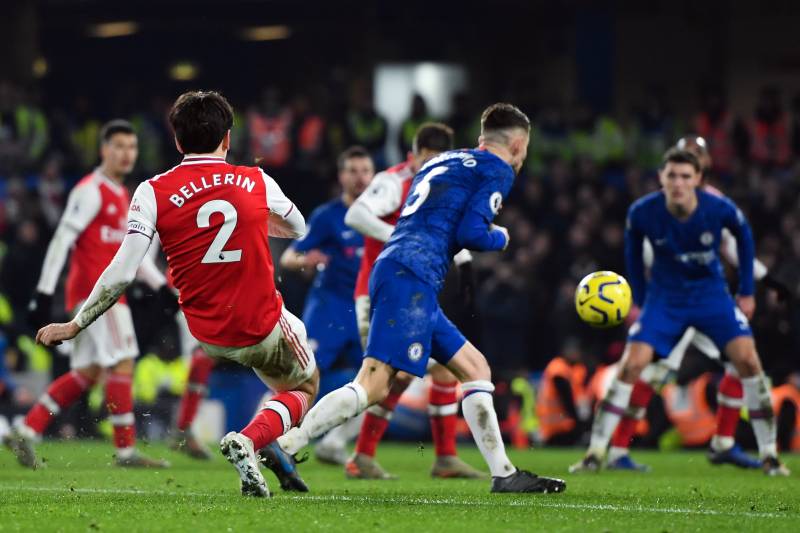 The 18-year-old ran from the edge of the Arsenal box to superbly finish like an experienced veteran.

Chelsea thought they had created the winner with six minutes remaining. A set piece found Cesar Azpilicueta in the box, and the Spain international netted.

However, Hector Bellerin was the Arsenal saviour, and the full-back's shot skipped past Kepa to make it 2-2 in the 87th minute. 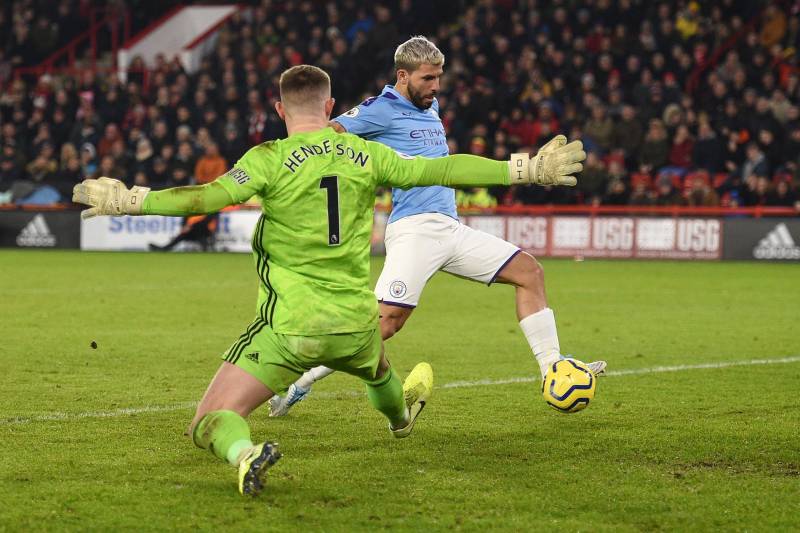 Manchester City's faint hopes of retaining their title continue to flicker after a 1-0 win at Bramall Lane.

Sheffield United have been outstanding this season, and a goalless first half suggested the home side might sneak another victory.

However, Aguero scored his sixth goal in three games, rising as a second-half substitute to snatch the only goal after 73 minutes. The striker had been on the pitch for only six minutes before sealing the win.

Newcastle sub Florian Lejeune scored twice in a minute as the Magpies made it 2-2 in stoppage time at Everton.

Moise Kean had scored his first goal for the Toffees with a 30th-minute opener and Dominic Calvert-Lewin doubled the lead in the 54th minute.

It was left Lejeune to rescue his side with efforts in the 94th and 95th minutes, providing Steve Bruce's men a last-gasp share of the points.